Camera Traps Capture the Lighter Side of Nature 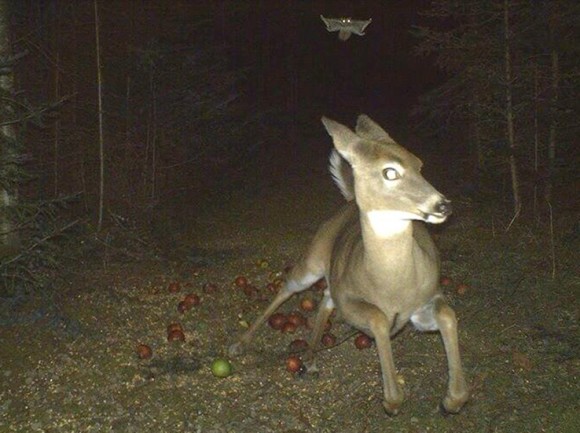 Hidden camera traps have offered scientists unprecedented access into the native habitats of endangered species, and they ways they behave. In his new book, Candid Creatures, biologist Roland Kays compiled over 600 trail camera images that changed our understanding of wildlife.

The following is a selection of what Kays considers to be the funniest images in the book.

This deer in this image was startled while feeding on apples, either by the flash of the camera trap or by the flying squirrel behind it.

A pair of wild pigs copulate among their herd mates in a protected area in Tennessee.

Sows typically have five to six piglets per litter and can give birth twice per year, giving them one of the fastest reproduction rates of any large mammal. Frequent mating has helped this invasive species spread quickly, and they often become a pest species. They aggressively root through the leaf litter consuming seeds and seedlings, thus crippling the next generation of forest regeneration. 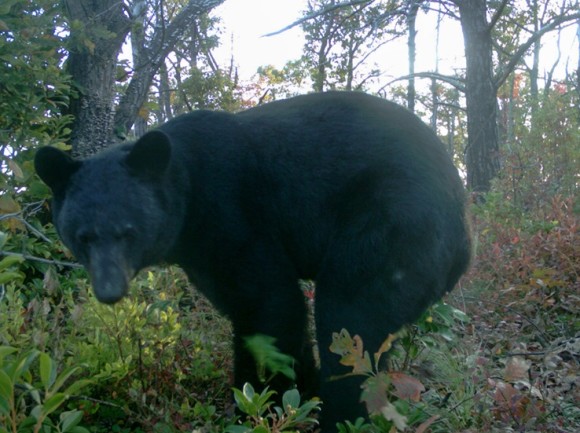 A camera trap caught this black bear pooping in the woods, answering the age-old question about ursine toilet behavior. 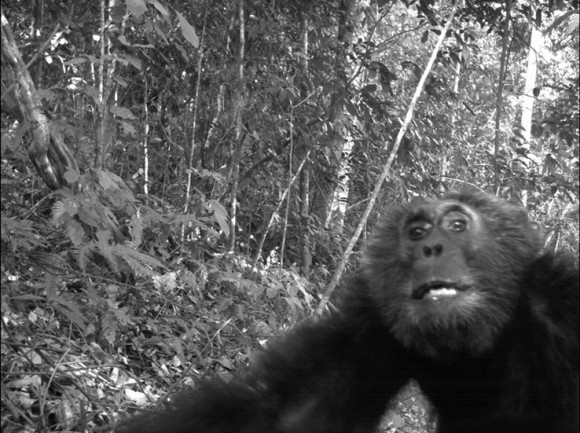 A chimpanzee reaches out to touch the camera trap and triggers its motionsensor, taking an apparent selfie. 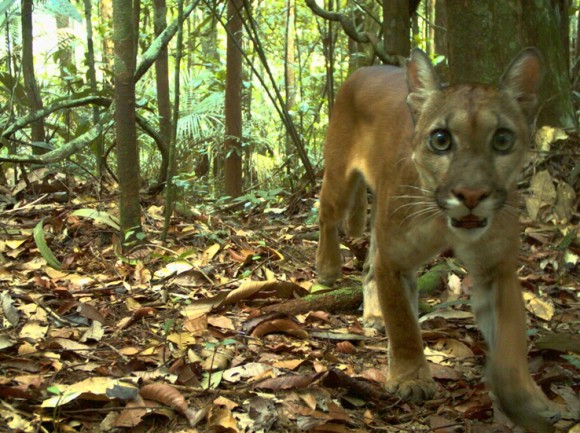 A cougar is surprised to find a camera trap on a tree at 11 a.m. in Manaus, Brazil. Although more active at night, cougars are not strictly nocturnal and can be found active at any time of the day or night. 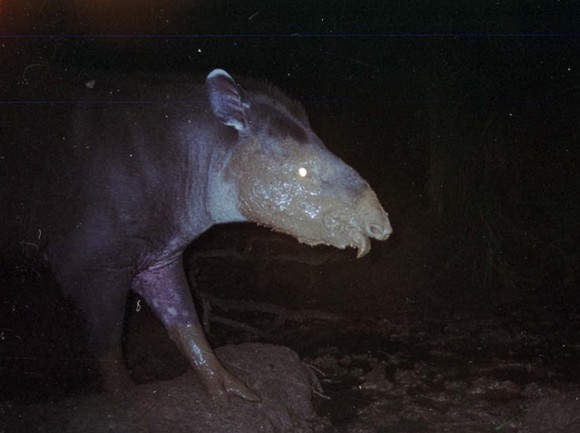 This tapir has a face full of mud after feeding at a natural salt lick. The clay in the salt lick provides minerals that help counter poisonous secondary compounds found in the plants eaten by tapirs. 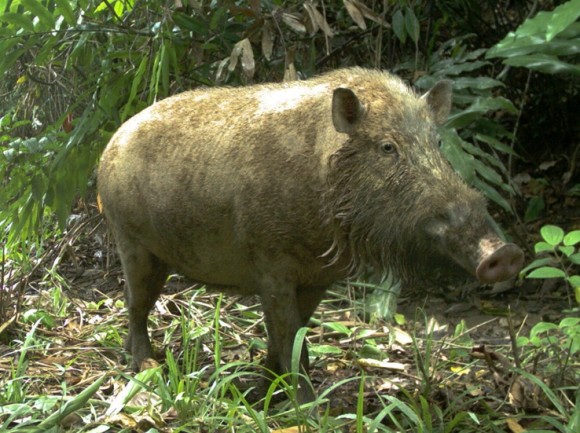 Male bearded pigs, researchers believe, use their full-on facial hair to attract females and spread the smell of scent glands hidden beneath the hair.

In addition to the showy beard, this species also has a very elongated snout, which the pigs use to root through the leaf litter. 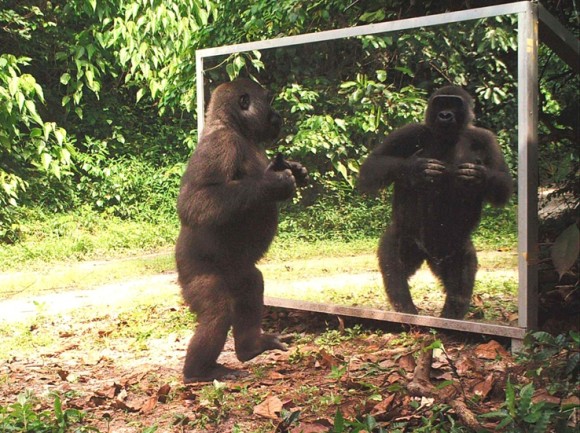 Camera trapper Xavier Hubert-Brierre put this large mirror on the side of a road through the jungle in Gabon and left a camera there to record how the animals would respond to their own reflections. Across their range, northern raccoons are typically one of the most common mammals, especially in areas that have water or human development nearby, supplying streams or rubbish for them to forage through. This animal from the Florida Keys has plenty of people and water around to live a prosperous raccoon lifestyle. 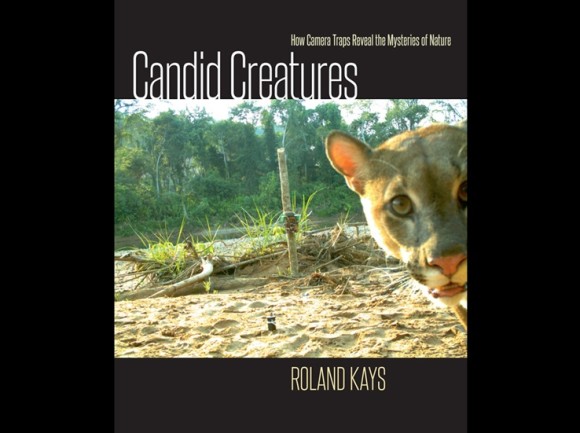 Images published with permission from "Candid Creatures: How Camera Traps Reveal the Mysteries of Nature," by Roland Kays (May 2016, Johns Hopkins University Press).