On sampling the fruits of his labor, the horticulturalist behind the chili says, “It’s the worst pain I’ve ever felt.” 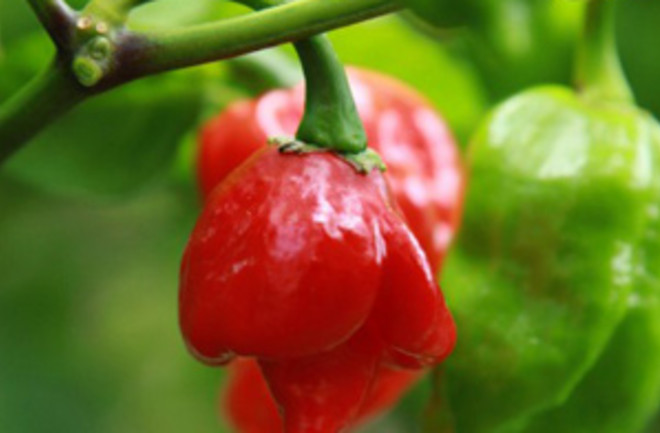 This spring the Chilli Factory in Australia announced a hot new product: sauce made from the spiciest chili in the world. The Trinidad Scorpion Butch T registers 1,463,700 Scoville heat units, well beyond the Infinity Chilli, the reputed world's-spiciest pepper announced just last year, and nearly 300 times as hot as the hottest jalapeño. The pepper is so brutal that owners Marcel and Alex de Wit wear protective suits to guard against fumes while cooking their brew, called Scorpion Strike. Butch T is genetically primed to produce extraordinary levels of the heat-inducing chemical capsaicin, but only under perfect conditions. Horticultural expert Mark Peacock’s technique calls for a fertilizer blend of worm excrement to boost protective bacteria around the plant’s roots and crushed insects to stimulate natural defense mechanisms.