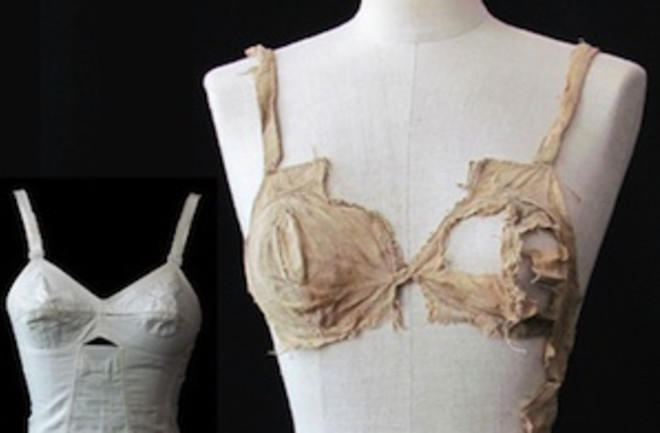 Until the modern invention of the brassiere with cups, women had to bolster their busts with either unsupportive bands of cloth or constricting corsets---so the common knowledge went. But hidden away in an Austrian castle, long lost to the sands of time, a few scraps of linen waited for their chance to rewrite undergarment history. Excavations at Lengberg Castle in 2008 revealed a vault that architects had crammed with filler during a 15th-century renovation. Among the twigs and straw, the scrap material also contained the remains of discarded shoes and clothing. The more than 2,700 textile fragments included linen shirt scraps, underwear---and what looked like modern bras, complete with distinct cups and decorative lace.

At first, archaeologists were skeptical because there was no other proof that bras with cups existed before the 1800s. However, the undergarments were discovered amongst typical medieval clothing, and eventually, carbon dating confirmed that the brassieres dated back 600 years.

A pair of underwear also discovered at Lengberg Castle

So did medieval ladies really wear lacy bras and underwear like this skimpy pair? Well, that’s only half right: the sexy panties belonged to a man. The bras, on the other hand, prove that even during the medieval era, women did not have to rely solely on breast-bands. In the words of Meister Reuauß, a satirical 15th century poem, “Many a woman makes two bags for the breasts with / it she roams the streets.” The full poem, and more details about medieval lingerie, are available at the page dedicated to this finding at the University of Innsbruck website.

Images and translation courtesy of Beatrix Nutz / University of Innsbruck