Buns of Prehistoric Steel May Have Graced the Backside of T. Rex, Sez Paleontologist 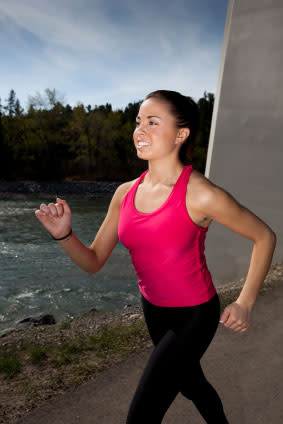 Like this, but with teensy arms and bigger teeth.

Instead of a loping, lunging Tyrannosaurus rex, imagine the thunder lizard doing more of a power-walk: the clenched bum, the stiff legs, the whole shebang. Pretty evocative mental image, right? For that, you have a recent presentation at the Society of Vertebrate Paleontology meeting to thank. Dinosaur gaits are right up there with "how did flight evolve?" and "what makes us human?" on the list of fascinating, but intangible, things scientists wish we understood, and this particular scientist, Heinrich Mallison, a palaeontologist at the Museum of Natural History in Berlin, was leveling a criticism at traditional efforts to figure out how dinosaurs perambulated. Basically, he says that dinosaurs had such big butts that our usual method of comparing dinosaurs to small-cheeked modern animals is doomed to failure. Dinosaurs, unfortunately, are not available for gait analysis today, and scientists have to depend on rare sets of tracks preserved in mud to study their movement. They usually assume that the faster a dinosaur is going, the longer their stride, which is how it works with modern animals, and most estimates find that dinosaurs, despite our sense of them as speedy predators, would have topped out at about 27 mph

. Another way scientists look at the problem is to examine the marks muscles left on dinosaurs' bones and the way muscles are laid out in their closest living relatives, aka birds, to develop a biomechanical model of how they might have moved. One analysis of this sort, published in 2002, curtailed dinosaurs' top speed even more, arguing that T. rex could not have run faster than a human, because of its extremely weak ankles. Mallison's biomechanical analysis has found that despite their ankles, T. rex could have gone quite fast (though the Nature News writeup

doesn't say how fast), not by running, but by speed-walking. Their large buttocks would have made that kind of gait possible

, even though running was out of the question, due to the constraints of their skeletons. There's a lot of fuzziness in even the most detailed and labor-intensive attempts to reconstruct dinosaur movement, so this is by no means turning the present understanding on its head (the research is also not published yet). But thank you, Heinrich, for that picture of dino heinies.