Bricolage and the Tangled Bank: Happy Mistranslations of Evolution 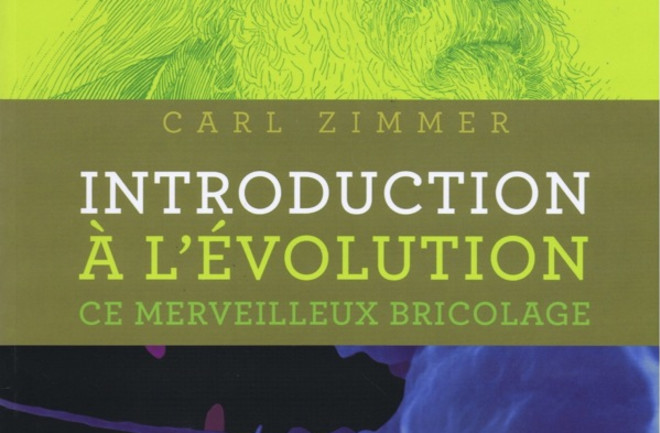 I got back home last night to a pleasant surprise: a copy of the new French translation of The Tangled Bank: An Introduction to Evolution. One of the most interesting parts of writing a book is seeing what emerges from the mind of your translator. I've usually had good luck with translators. We'll exchange emails to find a way to capture the spirit of sentences in my books that would make no sense in another language, thanks to the odd figures of speech we use in English. When the book actually arrives, I usually can do little more than hope that it makes sense in Korean or Japanese or Dutch. Once in a while, however, things don't go well, though. I once got a disturbing email from a German reader, who had read the original edition of Parasite Rex and then picked up the German translation. "Believe me, I have never seen something like this before. It is a sin. If you could read it, you would get tears in your eyes." (Fortunately, my American publisher was able to use his email as a cudgel, and got that edition pulped and a new translation published in its place.) This time around, my translator changed some of the wording--of the title no less. But this time, I was very happy with it. It traded one metaphor of evolution for one that's just as profound. For the English title of my book, I adapted a phrase from one of the famous passages in all scientific writing: the end of The Origin of Species.

It is interesting to contemplate an entangled bank, clothed with many plants of many kinds, with birds singing on the bushes, with various insects flitting about, and with worms crawling through the damp earth, and to reflect that these elaborately constructed forms, so different from each other, and dependent on each other in so complex a manner, have all been produced by laws acting around us. These laws, taken in the largest sense, being Growth with Reproduction; inheritance which is almost implied by reproduction; Variability from the indirect and direct action of the external conditions of life, and from use and disuse; a Ratio of Increase so high as to lead to a Struggle for Life, and as a consequence to Natural Selection, entailing Divergence of Character and the Extinction of less-improved forms. Thus, from the war of nature, from famine and death, the most exalted object which we are capable of conceiving, namely, the production of the higher animals, directly follows. There is grandeur in this view of life, with its several powers, having been originally breathed into a few forms or into one; and that, whilst this planet has gone cycling on according to the fixed law of gravity, from so simple a beginning endless forms most beautiful and most wonderful have been, and are being, evolved.

I made that passage the epigraph of my book. And when I looked in the French edition, I saw "the entangled bank" translated as "un rivage luxuriant tappisé." That wouldn't really sing as a title. Instead, the French edition is called "Ce Merveilleux Bricolage." The simplest translation of that is "This Marvelous Bricolage." Which, in a way, just kicks the ultimate meaning down the road. What's a bricolage? The word appears in Webster's, defined as "a construction (as of a sculpture or a structure of ideas) achieved by using whatever comes to hand." Bricolage derives from the French verb bricoler, to putter about. But Webster's doesn't give you a clue of how important the word is to biologists. In 1962, the French anthropologist Claude Levi-Strauss used bricolage to describe how people will recycle old cultural components and create something new. In the 1970s, the French Nobel-prize-winning biologist Francois Jacob recycled Levi-Strauss's idea in a lecture called "Evolution et Bricolage." You can read the English translation, which appeared in Science, here (free pdf

). In that lecture, Jacob mused about how natural selection gave rise to complex adaptations.

Natural selection has no analogy with any apsect of human behavior," he wrote. "However, if one wanted to play with a compoarison, one would have to say that natural selection does not work as an engineer works. It works like a tinkerer--a tinkerer who does not know exctly what he is going to produce but uses whatever he finds around him, whether it be pieces of string, fragments of wood, or old cardboards; in short, it works like a tinkerer who uses everything at his disposal to produce some kind of workable object.

The whole thing is worth reading. Hell, all of Jacob's essays and books for non-scientists are worth reading. And I'm delighted to be able to swap one great image for another in France. [Here's the French publisher's page for the book

, and a page on a French book-selling site