Brains, Past and Future 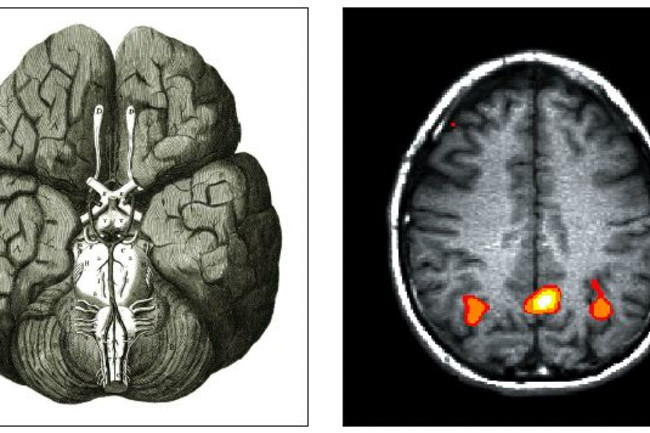 By sheer coincidence (or some journalistic twist of fate) two magazine articles of mine are coming out this week, and they just so happen to make a nice neurological pairing. In Science, I've written an essay about what seventeenth-century natural philosophers have to teach twenty-first century neuroscientists about the brain. In the February issue of Popular Science, my cover story looks at the latest work on brain-machine interfaces that will let people control machines with thought alone. Inevitably, the Pop Sci piece can only focus on a time scale of a few years. But the latest brain-machine interfaces seem to me to be the ultimate incarnation of the dreams of the scientific revolution. Before the 1600s, the world was filled with souls and soul-like forces. In addition to the immortal human soul, there were souls in our organs, in plants, in stars. Water rose in a straw because it abhorred a vaccuum and sought to fill it. In the 1600s, natural philosophers began to dismantle these souls. Galileo busted up the old Aristotelian physics. Descartes offered up the body as an earthen machine. Robert Boyle saw matter as corpuscles--what we call molecules and atoms--colliding and reacting without any purpose driving them from within. Many of these natural philosophers believed that it was essential to take the soul out of nature in order to save Christianity from pagan alternatives. But they also believed that doing so would let mankind master nature. If nature was made up of blind matter that was obedient to God's laws, then unlocking those laws through observation and experiment would turn the world into a scientific paradise of riches and health. This philosophy had one particularly troubling aspect: how did the human mind fit into the world? Was it also just matter in motion? Thomas Hobbes was happy to say it was. Others didn't want to be mistaken for atheists.Boyle's friend Thomas Willis used the priniciples of the scientific revolution to get the first good understanding of the brain, which he envisioned as a chemical engine of memory, perception, and emotions. Today this approach to nature has given rise to, among other things, brain-machine interfaces. If, as promised, they someday give paralyzed people some measure of control, they will be yet another example of promoting health through the mastery of nature. But the remarkable thing is what is being mastered here. As one of the bioengineers I spoke to pointed out, he and his colleagues don't see the brain as some mysterious organ, but as a very complicated digital device that is sending out a series of 1s and 0s. By reading the code, they can do something with it. The brain itself--complete with its intentions and plans--has become yet another natural thing to be harnessed. In my opinion, this is both thrilling and terrifying. I've posted the text and the pdf version of my Science essay on my web site. The table of contents for the February issue of Popular Science is online, but they haven't posted the articles yet. When I get some time, I'll put the text on my site and update this post with the link.

MindCould the Immune System Be Key to Alzheimer’s Disease?