Proves to be a chimpanzee with unusual habits. 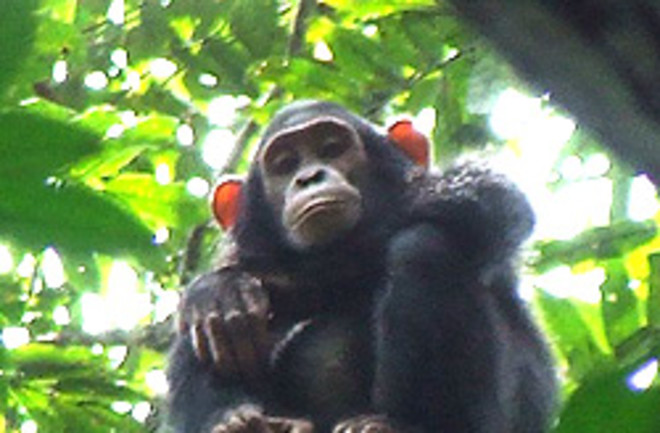 The discovery of an odd, not quite gorilla-like skull in Central Africa during the 1990s provoked wild speculation about a new species of ape. Because the skull bore the distinctive sagittal crest of gorillas but otherwise had chimp-like dimensions, some primatologists suggested it represented a new subspecies of gorilla, while others believed it to be a chimp-gorilla hybrid. The idea of an enormous new ape, dubbed the Bondo Mystery Ape, lurking in the jungle gained popularity, fueled in part by local reports of a large, lion-killing ape that was hard to kill even with poisoned arrows.

To settle the debate once and for all, University of Amsterdam primatologist Cleve Hicks tracked the apes for a year. Hicks’s team gathered hours of film footage, collected DNA, and examined tools and feeding habits. Alas, genetic testing determined that the mystery apes are a known subspecies of chimpanzee, Pan troglodytes schweinfurthii.

What Hicks hadn’t expected to find was a new form of chimpanzee culture. These animals nest on the ground like gorillas, smash open turtle and snail shells on hard surfaces, use different types of sticks for collecting different species of ants, and have been spotted feasting on a leopard carcass. Although no evidence supports popular legends that the animals howl at the moon or are ferocious lion killers, that does not mean they aren’t intimidating. In the deep forest, the chimps are fearless, “approaching us in the trees to get a better look,” Hicks says, rather than fleeing at the sight of humans, as chimps in other regions tend to do.