Body Language: What It Means and How to Read It

We communicate more with our bodies than we realize. Here’s how you can learn to read these silent messages. 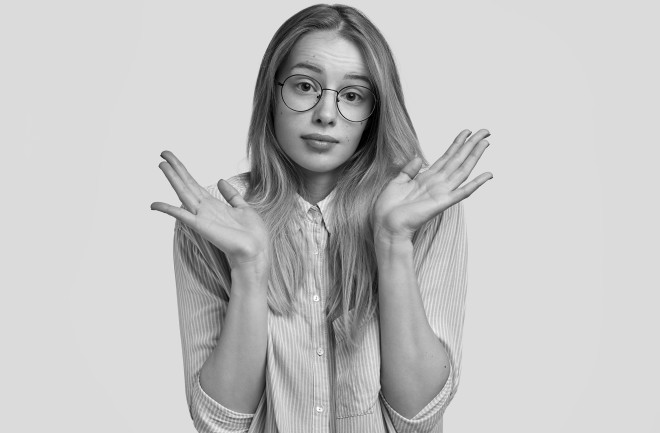 The first way we learn to communicate is through body language — our facial expressions, our gestures and, when we’re older, our postures. Even after we figure out how to speak, this non-verbal communication still exerts a powerful and often unconscious influence over our interactions, people’s first impressions of us and even our impressions of ourselves.

David Matsumoto, a San Francisco State University psychologist, led a 2008 study to determine whether body language is innate or learned in childhood. He and his team examined Olympic and Paralympic athletes from over 30 countries. Specifically, they studied judo competitors who could see and those who’d been blind since birth. It turned out all athletes made similar gestures when they won — arms raised wide, chest out, head tilted back. But because the blind athletes had always been blind, they couldn’t have learned those expressions. Another point for arguing that body language is innate? Just like those who can see, people who are blind gesture when they talk, even to others who are blind.

While some gestures may come pre-programmed, culture also exerts an influence. In that same study of judo athletes, the competitors who lost a match carried themselves differently depending on their homeland. Athletes from Western countries, where culture teaches people to hide shame, showed a more muted response and didn’t slump their shoulders as much. However, athletes from the same Western countries who were blind slumped dramatically in defeat.

The way you hold yourself affects how others perceive you and how you perceive yourself. Here’s how to use body language to everyone’s benefit.

Change How You Feel

Change How Others Feel

In 2010, Harvard University psychologist Amy Cuddy published a study claiming that when participants sat with their feet up on a desk or stood tall leaning over a table, they felt more powerful. The two “power poses” also boosted levels of the dominance hormone testosterone while decreasing levels of the stress hormone cortisol.

The paper came under scrutiny in 2014, when other teams couldn’t replicate some results — namely the hormonal changes. Psychologists also questioned how Cuddy and her team had analyzed the data. Some argued the statistical methods, though common at the time, let the team cherry-pick data to fit their hypothesis. But in a recent paper, Cuddy says the findings about feelings of power hold up, even in more rigorous scientific tests.

The Birds and the Bees

Humans aren’t the only gesticulators. Other species use their bodies to communicate all sorts of information. Here are just a few.