Bluefin Tuna Is Still on the Menu: Trade Ban Fails at International Summit 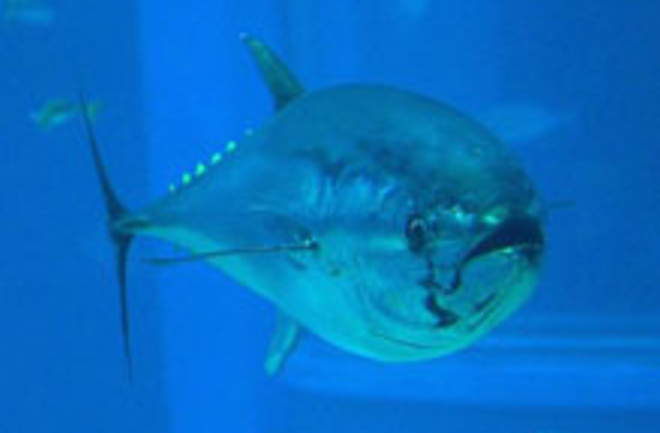 On Monday, we reported that the United States and the European Union were spearheading an effort to ban the international trade of bluefin tuna at the Convention on International Trade in Endangered Species (CITES). Now that the week is ending, so are the hopes for the proposal that could have protected the vanishing fish. It failed by a wide margin, thanks largely to the diplomatic efforts of Japan.

Japan consumes around three-quarters of the globe’s bluefin tuna catch, with almost all of it served raw as sushi and sashimi, of which it is the most sought-after variety [Christian Science Monitor]

. It can be an expensive delicacy there. In addition, the transformation of sushi from a luxury dish to a cheap food available at the corner store seems to be one of the factors that has led to quickly diminishing tuna stocks. The Japanese government, while acknowledging that the species is in danger, pledged to defeat the proposal or else opt out of complying with it. At CITES, Japan rallied developing nations and fishing industry nations against the ban, and Libya called a committee vote that quashed the proposal before it even reached a vote in the full session.

Privately, European diplomats expressed frustration that Japan, which consumes 80 per cent of the bluefin tuna caught, was able to cement opposition to the ban while the EU's 27 member states were thrashing out their internal disputes [Financial Times]

. The Christian Science Monitor, however, interviewed Japanese residents who say the fact that the bluefin is getting more attention than other troubled fish is partly because of building anti-Japan sentiment, pointing to the Toyota public shaming and the controversy connected to the documentary The Cove, which shone the spotlight on an annual dolphin hunt. CITES meets every two or three years. Before this year's meeting is out, the organization must vote on the proposal by Tanzania and Zambia to open up trade in elephant ivory. A ban on polar bear trade that the United States proposed already went down in flames. Finally, a proposal that simply called for more research into the illegal shark trade, in which fins are harvested for shark fin soup while the rest of the animal is left to rot, was also defeated. Related Content: 80beats: Is Ivory Season Starting, Just As Tuna Season's Ending? 80beats:Scientists Say Ban Atlantic Bluefin Tuna Trade–and Sushi Chefs Shudder 80beats: DNA Forensics Traces Sharks Killed for Their Fins 80beats: Human Appetite for Sharks Pushes Many Toward Extinction 80beats: Documentary on Endangered Bluefin Tuna Reels in Sushi Joints & Celebrities 80beats: Elephant-Lovers Worry About Controversial Ivory Auctions in AfricaImage: Wikimedia Commons