Most mammals have microbiomes specific to their hosts — except bats. It's a trait they share with the other, more feathered, flyers. 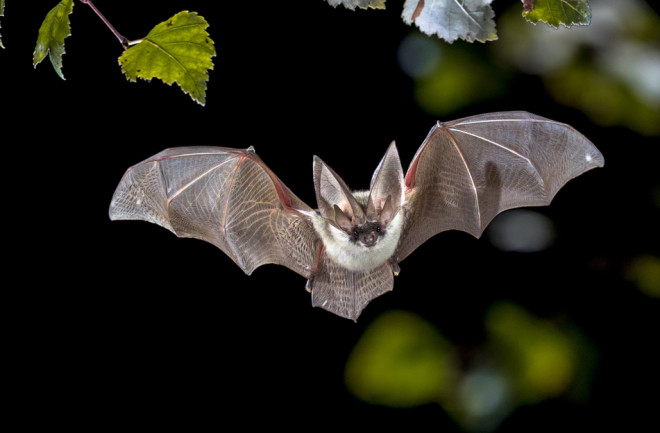 Bats have microbiomes much smaller than those of other mammals, something scientists think could be related to flying. (Credit: Rudmer Zwerver/Shutterstock)

If you looked at a dropping from almost any mammal and looked at its bacteria, chances are good you'd be able to tell whether it came from a bear, a cat or a primate. That's because mammals have microbiomes that are fairly specific to their hosts.

But new research has found there's an exception to this rule: bats. Bat microbiomes aren't distinctly batty. In fact, compared to other mammals, they don't have nearly as much of a microbiome at all.

Oddly enough, the same can be said for birds, a similarity that might indicate the evolution of flight influences what kind, and how many, microbes an animal stores in its gut, according to the paper published in mBio. This bird-bat connection has researchers questioning why this is the case, and whether gut bacteria are truly important for all organisms.

Whose Poo is Whose?

In mammals, gut microbiomes help do everything from absorb nutrients to fend off illness. More closely related species — like a grizzly and a black bear — are more likely to have more similar microbiomes than more distantly related species — like a grizzly and an elephant. How different animals ended up with their particular microbial communities, however, isn’t clear.

Microbiologist Jon Sanders, then at the University of California, San Diego, and his colleagues wanted to learn more about the patterns in these diverse microbiomes. So the team analyzed gut bacteria from about 900 different species, compiling intestine and poop samples from a database, museum collections, zoos and animals in the wild.

The idea that flight might influence an animal’s microbiome was, at the outset, “a little bit of a pie in the sky idea,” says Sanders, who has since moved to Cornell University. But the data showed that among bat species, microbiomes were more variable than they were for other groups of animals.

Bats didn't have their own signature cocktail of bacteria species, and they generally had fewer kinds and quantities of bacteria in their guts than other mammals. What's more, their lack of distinct communities left the furry fliers' guts more closely resembling those of birds, rather than their mammalian brethren.

Sanders and his team think there are several possible reasons why birds and bats ended up with such limited, scattershot microbiomes. Both organisms have short, speedy digestive tracts. Maybe their intestines are so efficient that digestive bacteria don’t help much, Sanders says. And many eat insects, a menu that might not make gut bacteria flourish. The fact that other insect-eating mammals, like anteaters, also had somewhat less-defined gut communities backs up this possibility.

It’s also possible fewer gut microbes facilitates flying. “These animals have profound evolutionary adaptations to decrease weight,” Sanders says. Gut bacteria might be heavier baggage than you’d think. Human intestines carry about a pound of bacteria at a time, and in other animals, gut bacteria account for a higher percentage of total weight. For example, if we had as much gut bacteria as a cow, we’d be lugging around nearly 40 pounds of microbiome, Sanders says. That’s enough weight to slow you down, so maybe it’s worth it for birds and bats to drop as much gut bacteria as they can.

These theories need more research to see if they hold up. Next, Sanders plans to study the evolution of different gut bacteria in animals and decode what some of the different varieties do in the body. Maybe one day, it might even be possible to see how much energy different species invest in growing their microbiome, Sanders says. “That will help us nail down what’s going on and why.”