Bird Flu: Any Information to Declare? 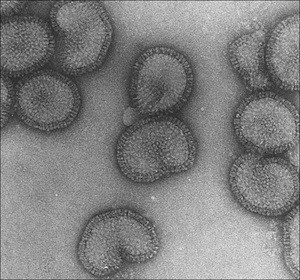 One thing that's fascinated me about the ongoing debate about the manipulated bird flu (check out my pieces for Slate, the Loom, and the Times for background) is that it comes down, in large part, to information. Should the scientists who turned bird flu into a mammal-to-mammal virus make the details of their experiments public? The debate has also touched on the concern that the viruses themselves might escape their labs. And yet the physical viruses have remained mostly in the background. If the information alone manages to get out, that might be enough for virologists to recreate the viruses. In fact, at a recent meeting about the flu in DC, a lot of the discussion about the security of these virus strains centered on the hard drives where the data is now stored. The focus on information reflects how far synthetic biology, bioinformatics, and the Internet have all come in recent years. And there's now a new twist on this information debate, reported in a Dutch newspaper and followed up on by CIDRAP. One of the studies in question was conducted in the Netherlands. In a March 7 letter to the Dutch parliament, the country's minister of public health, welfare, and sport, Dr. E. I. Schippers, has floated the idea of blocking publication of the full details of that study because of export law. Here's a snippet of the CIDRAP story--

"Is there a proliferation risk associated with unlocking all research information and, if so, how do the risks relate to the benefits of public health identified by the consensus points of the technical consultation of the WHO?" Schippers wrote. "The Netherlands has insisted that the proliferation risks from releasing this knowledge as well as the advantages for public health have to be carried out first."

The letter then raises the export permit question, stating: "An export permit is required for export of the bird flu virus outside the European Union and for the transmission of detailed information about the virus. For the WHO consultation in Geneva on February 16-17, the Secretary of State for Economic Affairs, Agriculture and Innovation issued this kind of license to a small group of health experts under strict conditions.

"If an export permit is requested for publication of (parts of) information, the Secretary of State for Economic Affairs, Agriculture and Innovation will, in his judgment, weigh the interests for health, science and safety risks."

The letter goes on to say that the government seeks a "balanced judgment of this research and the publication of the results," weighing the advantages and disadvantages from all angles.

In response to an e-mailed request today, Fouchier told CIDRAP News he would not comment on the letter.

The Mar 9 story in the Volkskrant was brief. According to a machine translation, the story said the government is "intent on possibilities to prevent the recipe for the new flu virus from Rotterdam" from being shared with the rest of the world.

The story went on to say that Bleker, the secretary for agriculture and foreign trade, "thinks . . . the publication of the recipe can be avoided by refusing an export license." The report added some background information about the research but gave no further information about Bleker's views or intentions.

I have never heard of export controls being put on information about virus mutations or any other basic information about biology. I'm no expert on export licenses, so I may be wrong. I've been skimming through export.gov

without much luck. But, honestly, I really feel that the best guidance I could get at this point is in the stories of Borges