Learning a new language as an adult is no easy task but infants can readily learn two languages without obvious difficulties. Despite being faced with two different vocabularies and sets of grammar, babies pick up both languages at the same speeds as those who learn just one. Far from becoming confused, it seems that babies actually develop superior mental skills from being raised in a bilingual environment. 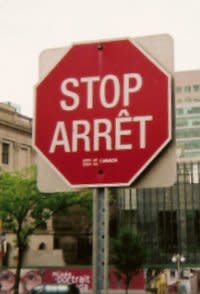 By testing 38 infants, each just seven months old, Agnes Melinda Kovacs and Jacques Mehler have found that those who are raised in bilingual households have better "executive functions". This loose term includes a number of higher mental abilities that allow us to control more basic ones, like attention and motor skills, in order to achieve a goal. They help us to plan for the future, focus our attention, and block out instinctive behaviours that would get in the way. Think of them as a form of mental control.

The role of these abilities in learning multiple languages is obvious - they allow us to focus on one language, while preventing the other from interfering. Indeed, children and adults who learn to use two languages tend to develop better executive functions. Now, Kovacs and Mehler have found that even from a very young age, before they can actually speak, children develop stronger executive functions if they grow up to the sound of two mother tongues. They show a degree of mental control that most people their age would struggle to match.

Kovacs and Mehler worked with 14 babies who heard two languages from birth, and 14 who had experienced just one. The babies saw a computer screen with two white squares and heard a short, made-up word. After that, a puppet appeared in one of the squares. There were nine words in total, and each time the puppet appeared in the same place. As the test went on, all the babies started focusing on the correct square more frequently, showing that they had learned to anticipate the puppet's appearance. That's a simple task that doesn't require much in the way of executive function.

The next nine trials used a different puppet that appeared in the other square. The infants' job was to learn that the link between word and puppet had changed, but only the bilingual ones were good at this. Unlike their monolingual peers, they learned to switch their attention to the other square. To Kovacs and Mehler, this is a sign of superior mental control - they had to override what they had previously learned in order to pick up something new. The monolingual infants, however, behaved as babies their age usually do - they stick with responses that had previously paid off, even if situations change.

In a second experiment, Kovacs and Mehler added subtle differences between the nonsense words before and after the switch, so that either the first or last two syllables were repeated. Other studies have found that infants can recognise these subtle changes and indeed, before the switch, the repeated syllable made it easier for all of them to learn the link between word and puppet. But after the switch, even this extra hint failed to help the monolinguals to anticipate the arrival of the puppet in its new location.

At seven months of age, babies can't read yet, so the language skills of bilingual infants depends on hearing the spoken words of their parents. Nonetheless, their heightened executive functions also apply to other senses, including their vision. When the puppet's appearance was prompted by three coloured shapes instead of nonsense words, the bilingual infants were still better at changing their predictive gazes when the puppet started flashing up on a different square.

The advanced abilities of bilingual children aren't driven by richer parents who spend more time with them, for Kovacs and Mehler made sure that they recruited their babies from households with similar incomes. Nor do they reflect generally higher intelligence, for all the babies in this study learned that words or symbols predicted the appearance of a puppet.

Their only advantage was in being able to suppress something they had already learned and update their predictions using new information. Listening to two languages from birth accelerates the development of this mental control. To Kovacs and Mehler, these enhanced abilities are surely useful in allowing babies from bilingual households to separate their knowledge of two different languages without getting confused between them.

Like all good studies, this one raises more questions than it answers. Is there an age where learning two languages stops boosting a child's executive functions? Clearly, starting while they're in the crib works, but what if they've already reached school age? Would the benefits be even greater if the two languages were very similar, forcing the babies to work even harder to discriminate between them?

And what are the long-term effects of this early headstart? Do they persist, or does it all level out in the end? If the former, are their noticeable differences in mental control between cultures where bilingualism is incredibly common (e.g. the Dutch) and those where most people can't conceive of having more than one language per head (e.g. the English)?

More on language and child development: