Welcome to the eighth edition of Berry Go Round, the carnival that celebrates the blogosphere's coverage of all things botanical. I'm not going to try and top Bora's magnificent LOLPlant effort, so without further ado, here's the good stuff:

A Neotropical Savanna on the beautiful Bamboo Orchid and the Cojoba tree, whose beans look like a coral snake 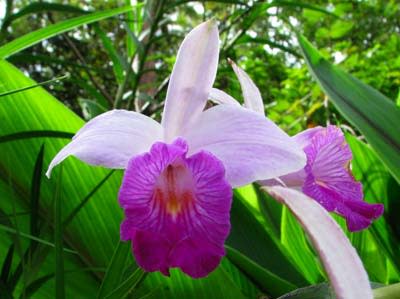 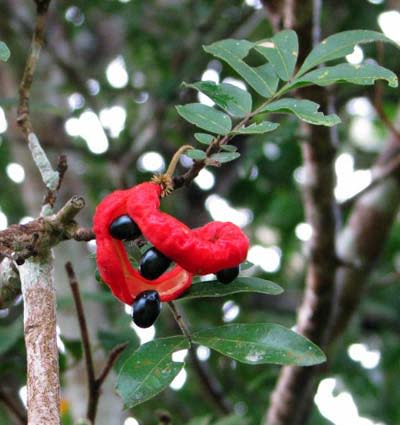 The Agricultural Biodiversity Weblog talks about the frustrations of using genebank databases and recent media attention on our diminishing agricultural biodiversity...

At the risk of promoting yet another hoary old chinese myth, "well-fed people have many problems, hungry people have only one". By the time politicians and policymakers are hungry (like that's ever going to happen) protecting any kind of biodiversity will be the last thing on their minds. In all seriousness, how do we get people -- including conservationists -- to understand that if they don't conserve and make use of more agricultural biodiversity, they're probably not going to be around to enjoy the benefits of conserving lots of wild biodiversity?

A bamboo shoot from Tropical Biodiversity 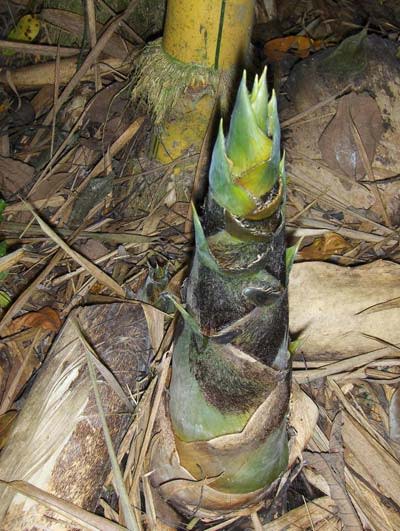 Midoria blogs about konara, a Japanese oak with a multitude of cool uses

The tree is used as a material for charcoal and as a medium to grow shiitake mushrooms. Mycorrhizal fungi also colonize the roots of konara. Sometimes we can find large konara with diameter nearing 1 m in shrine grounds. Konara has strong roots and is regarded as a plant that contributes to the prevention of landslide.

Wasps drinking from an umbrella plant at Rock Paper Lizard 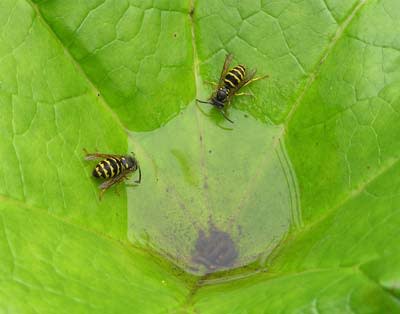 While most of the science I blog about here is often on the cutting edge of biology - cloning, genetic engineering, synthetic biology - I also have a love for old-fashioned natural history illustration. While modern nature illustrations meld the artistic with the scientific, such drawings from the 16th century and earlier are often based on the artist's imagination rather than actual observations of plants and animals. But what if such fantastic flora actually existed? A Field Guide to Surreal Botany would be the catalog of those plants.

In this blog, I wrote about the reason behind the fiery tastes of chillies - they are a defence against an invasive fungus and the bugs that carry it

Tewksbury suggests that our ancestors may have first started using and domesticating chillies for their ability to kill of nasty microbes. Before refrigerators became commonplace, the fungi and bacteria lurking within our food were a massive problem, and it's possible that our ancestors developed a taste for spicy food precisely because the chemicals that make our eyes water also cause trouble for contaminating bugs.

Molokai Dispatch has an ode to taro, the carbohydrate-source-of-choice for Hawaiians

Bioephemera mentions a search engine called Forestle, a version of Google that saves forests by searching

According to the site, the average search saves about 0.1 square meter (0.11 sq. yd) of rainforest - approximately the surface of your computer screen. And Forestle's browser plugins make altruism about as easy as possible. (Its creators estimate that about 5% of revenues will go to admin costs).

Bora at A Blog Around the Clock enthusiastically raves about iNaturalist, a GoogleMap but for nature

It is essentially a Google Map where people can add pins every time they see an interesting critter: a plant, fungus, animal, etc. What is recorded is geographical coordinates and time when it was posted. Moreover, people can link from the pins to pictures of the sighted critters if they upload them on Flickr (nice way to interlink existing social networking sites instead of reinventing the wheel). And they can put additional information, e.g., description of the habitat where they saw the creature. They can try to identify it and others can chime in agreeing or disagreeing on the ID. One can also view maps in various ways - by time, by broader groups (e.g., insects, birds...), or by the degree of agreement people have about the ID.

No seeds, no fruits, no flowers: no problem has a series of beautiful fern photos 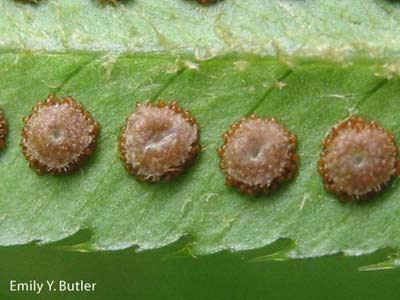 SciDevNet talks about Afghanistan's move away from illegal poppy cultivation

The country supplies 93 per cent of the world's illegal opium, according to a report by the International Narcotics Control Board released in March 2008. In many rural areas, poppy cultivation supports the entire rural economy, and is linked to farmers' access to land, credit and markets. Last year an estimated 3.3 million people -- or 14.3 per cent of the population -- were engaged in poppy cultivation, according to government figures. The crop contributed 13 per cent of Afghanistan's gross domestic product. Minister of agriculture and irrigation Obaidullah Ramin says rooting out the poppy is the biggest challenge in the struggle to rebuild agriculture.

And last but not least, an entire slideshow of amazing images at via negativa 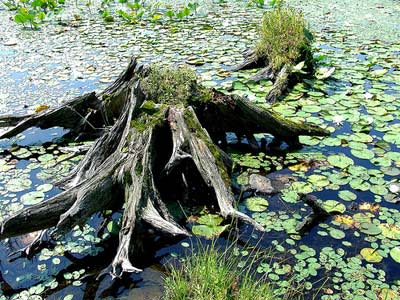 The next edition of Berry Go Round will be up at Gravity's Rainbow at the end of September.