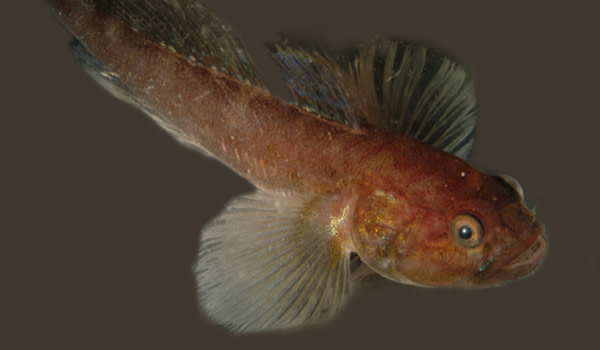 The Benguela region, off the coast of Namibia, is a shadow of its former self. In the first half of the 20^th century, it was one of the world’s most productive ocean areas and supported a thriving fishing community. Today, the plentiful stocks of sardines and anchovies, and the industries that overexploited them, are gone. The water is choked of oxygen and swarming with jellyfish. Plumes of toxic gas frequently erupt from the ocean floor. But one fish, the bearded goby, is positively thriving in this inhospitable ecosystem. It’s a critical link in a food web that’s on the verge of collapse. For every tonne of fish currently swimming in the Benguela waters, there are more than three tonnes of jellyfish. Some scientists have suggested that the jellyfish explosion has trapped the region in a “trophic dead-end”. Jellyfish have few predators so, having skyrocketed, their numbers are unlikely to fall back to levels where fish can return. Below the zone where the jellyfish live, there is a layer that is completely devoid of life, extending from the bottom to around 20-60 metres above it. The mud and sediment along the Benguela ocean floor is extremely low in oxygen (hypoxic), and dominated by algae and large mats of bacteria. It frequently releases massive amounts of toxic gases, like methane and hydrogen sulphide, into the waters above with disastrous consequences for marine life. But Anne Utne-Palm has found cause for hope. The bearded goby is tough enough to endure in conditions that have driven away most other fish and it’s one of the few species with a strong presence in Benguela. The goby’s success is a bit of a mystery since it’s now the main target for predatory birds, mammals and fish, following the loss of the sardines. And yet, despite being snapped at by hungry beaks and jaws, its population is growing. Now, Utne-Palm has found out why. The goby lives its life at either ends of the Benguela dead zone and it has very strange inclinations. It spends its days resting on, or hiding inside, the hypoxic mud and it actually prefers these sediments over more typical sand. If another fish did the same, its metabolism would grind to a halt because of the lack of oxygen and the toxic concentrations of hydrogen sulphide. It would become sluggish and vulnerable to predators, and its heart would become irrevocably damaged after a short span of time. But the goby doesn’t suffer any of these consequences. Its tolerance for low oxygen levels surpasses that of any other bony fish, and it can generate energy aerobically with so little oxygen that the conditions within the Benguela mud are no challenge for it. It’s virtually unaffected by high concentrations of hydrogen sulphide. And even if it’s kept in hypoxic conditions, below its critical threshold, it remains alert and its heart recovers quickly afterwards. During the evening, the goby rises up to the mid-level waters before sinking back in the early morning. It spends the intervening hours in the company of two species of large jellyfish that rule these waters. And again, it will actually opt to spend time in a chamber with jellyfish, when given the option to swim in an empty tank. By analysing the contents of the gobies’ stomach, and the chemical content of their flesh, Utne-Palm found that the fish actually eats the jellies, which comprise up to 60% of its diet.

Whether it actually hunts live jellies is unclear. Other items in the goby’s stomach, including bottom-dwelling worms and algae, suggest that it probably scavenges upon dead jellies that sink to the ocean floor. Its fondness for loitering among the living jellies might be a way of protecting it from predators like mackerel, which shun the swarm of tentacles. Rising above the dead zone might have other benefits too. It might help their digestion, which tends to be suppressed in hypoxic conditions. Utne-Palm noted that the gobies’ stomachs are far fuller, and their meals more intact, when they rise to the surface than when they return to the bottom. The waters of the open ocean are also richer in oxygen, allowing the goby to replenish its supply before sinking back to hypoxic levels. While some species have suffered from the ashes of Benguela’s decline, the bearded goby has the right adaptations to make the most of this almost post-apocalyptic landscape. And it now plays a pivotal role in this brave new world. By eating jellyfish and algae in the hypoxic mud, it transfers some of these dead-end resources back into the food web. Reference: Science http://dx.doi.org/10.1126/science.1190708More on fishing: