Bat Faces Are Vast and Varied

Bats are nocturnal creatures, but these faces don't deserve to be hidden by shadows. 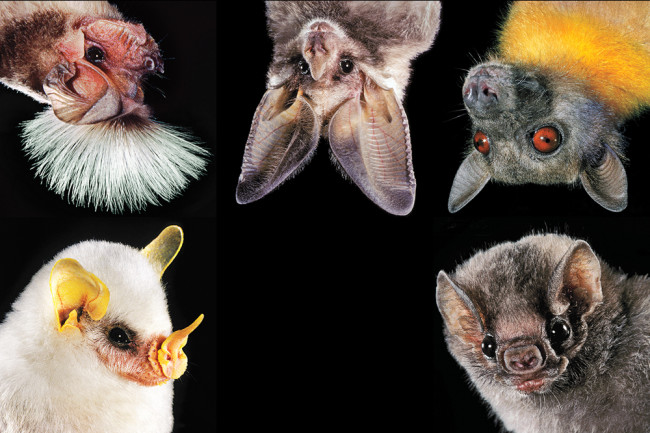 Everyone has an opinion regarding bats, which makes them rather polarizing. You’re either intrigued by the creatures, or purely terrified by them.

Dr. Merlin Tuttle, an ecologist and founder of Merlin Tuttle's Bat Conservation, loves bats. He has spent his lifetime traveling the globe to learn more about these winged critters and their role in nature. He’s observed thousands of bat species up close (he’s even had a few fly up his shirt and pant leg), and has learned there’s more to appreciate than fear when it comes to bats.

Tuttle has dedicated his life to changing the preconceived notions about bats, and his new book, The Secret Lives of Bats, is a personal story that documents the many reasons to appreciate, rather than fear, bats.

Often, it’s said we need to come face-to-face with our fears to overcome them. After you look at these bat vanity shots, you’ll wonder why you ever feared something so cute. 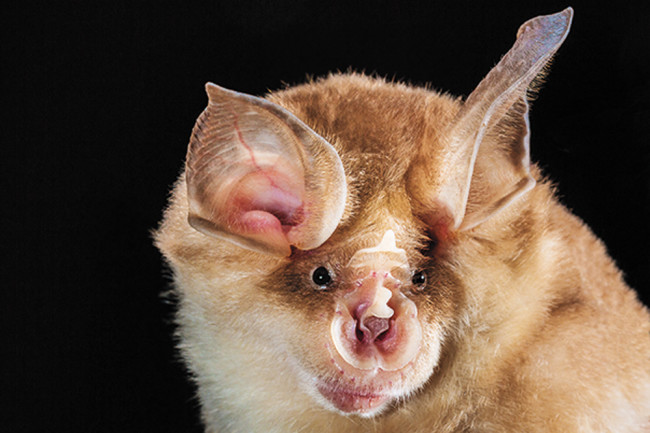 The Mehely's horseshoe bat earns its name for the horseshoe-shaped fold of skin that forms part of the bat's distinct noseleaf.

The bat's nose shape helps focus and direct the sound traveling out of its nostrils during echolocation. 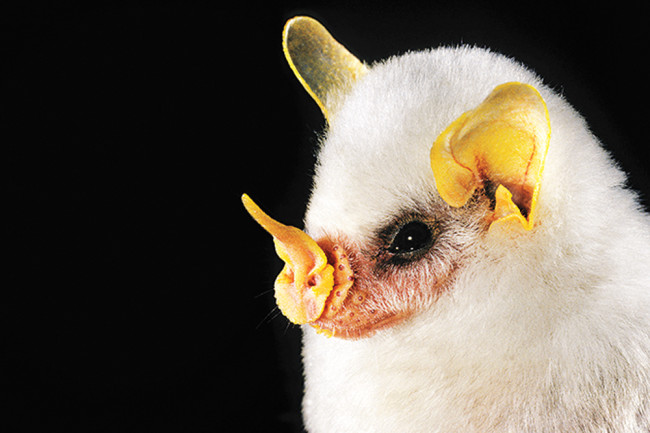 Honduran white bats are tiny. When curled up together under the shelter of a leaf, a group of these bats looks a lot like a clump of cotton balls.

Honduran white bats live primarily under heliconia leaves, which makes rainforest destruction a serious threat to their survival. In order for these bats to survive, rainforests in the Central American lowlands that have heliconia will need to remain standing. 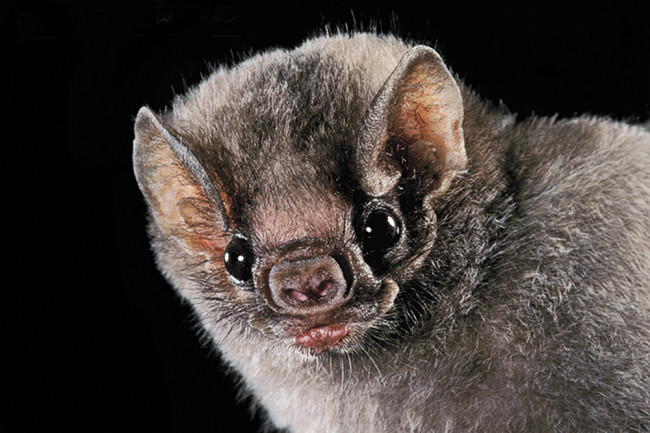 There are only three different species of vampire bats in the world, and they are all found in Latin American countries.

The hairy-legged vampire bat feeds only on birds, unlike the common vampire bat, which feasts on mammals.

Vampire bats are extremely intelligent: They have a social order that's similar to that of other primates, they share food and information with their brethren, and they even adopt orphans.

To subsist on blood, vampire bats have extraordinarily efficient kidneys. Since blood is mostly water, kidneys filter out liquid almost as fast as its consumed. Urinating almost as quickly as they drink helps vampire bats concentrate the proteins in blood to obtain sufficient nutrition. 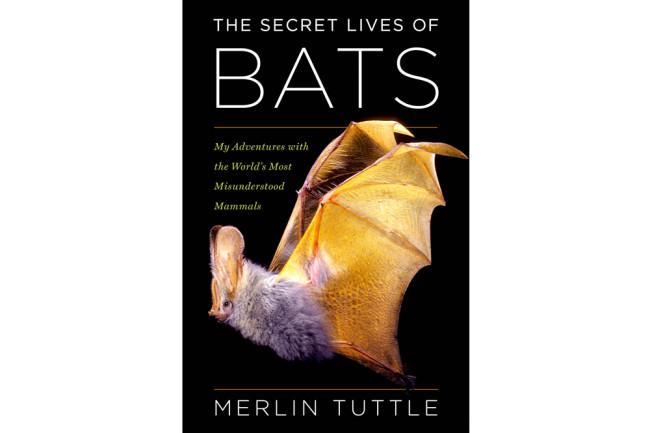 Photos published and captions inspired by The Secret Lives of Bats by Merlin Tuttle. Copyright © 2015 by Merlin Tuttle. Reprinted by permission of Houghton Mifflin Harcourt Publishing Company. All rights reserved 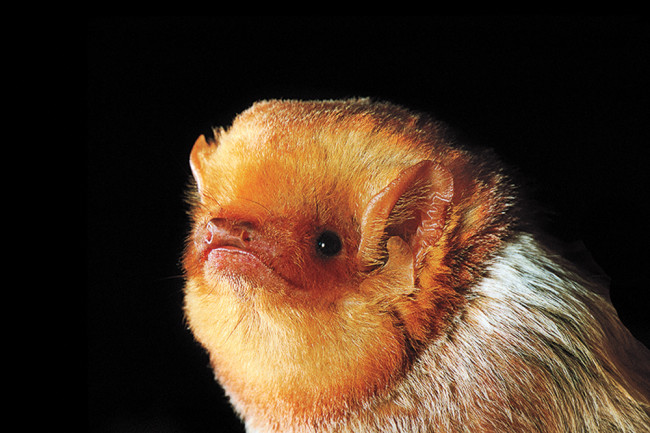 Most bats are happy to simply snatch a meal in their mouths in midair. But the eastern red bat likes to show off a little bit.

This bat species catches its prey by performing a midair somersault and closing its wings and tail around an insect it plans to eat. It digs its head into the makeshift pouch and consumes the insect before flying off again. This high-flying acrobat lives in the forested areas of eastern North America and prefers to eat moths and beetles. 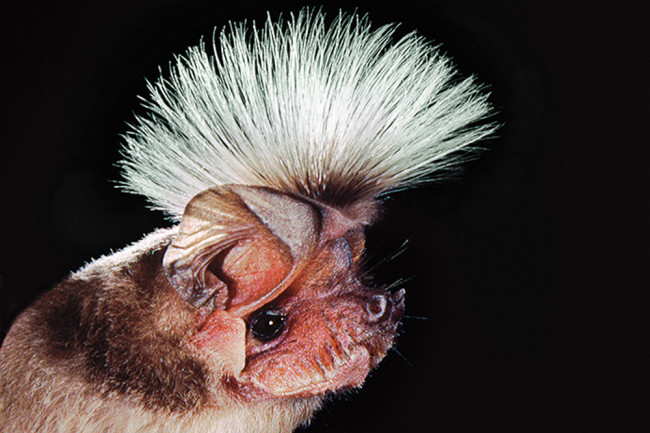 The Chapin's free-tailed bat rocks one of the most distinctive hairdos in the bat world, but it remains one of Africa's least-seen mammals.

The Chapin's is about the size of an adult male's thumb. But what about that mohawk? Tuttle explains:

"To this day, no one knows much about how these crests are used, but we presume they are spread during courtship, likely accompanied by singing." 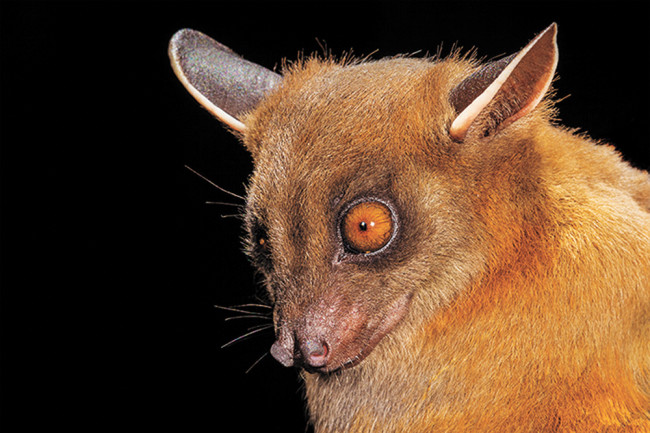 The greater short-nosed fruit bat can be found in the tropical forests of South and Southeast Asia. You'll also find these bats in places where fruit crops are growing.

In the trees, the bats will nibble fronds till bend in order to build rudimentary, tent-like structures. Even if they can't find a tree to nest in, they will build similar structures by weaving the leaves and twigs of vines, like those that cover buildings. 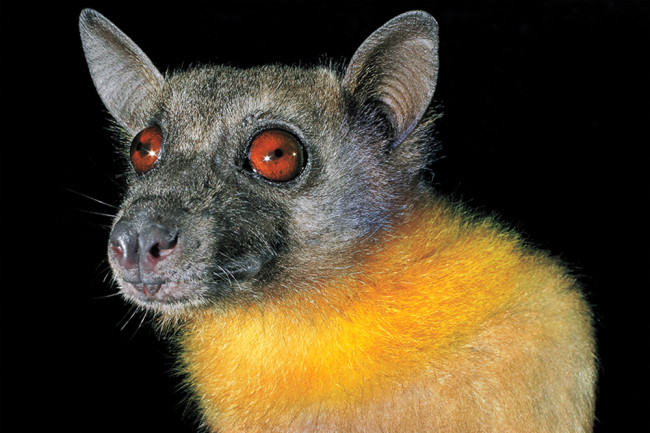 The Madagascan fruit bat, as its name implies, is an endemic species to the island nation of Madagascar. Due to its brown fur and distinctive face, this species is also called the flying fox.

This bat species is classified as "vulnerable," because they are often hunted for bush meat. According to Madagascar law, this species can only be hunted between May and August, but the law is largely ignored. In some places, hunting has obliterated entire Madagascan fruit bat colonies. 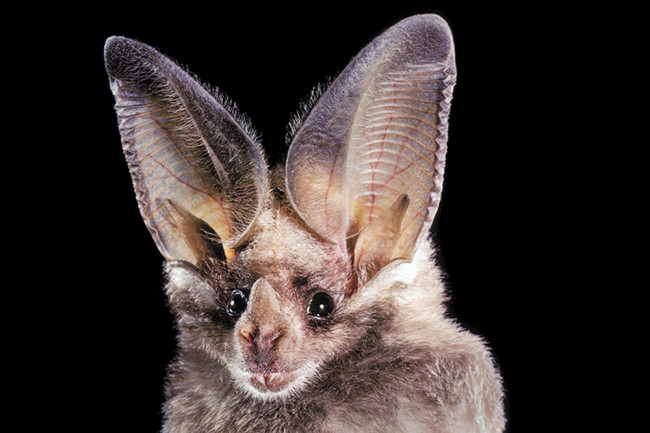 The California leaf-nosed bat can be found in Southwest United States, and prefers the shelter of caves, mines and other rocky dwellings.

Unlike other bats, this species cannot crawl on its thumbs and toes, and its ears are so sensitive it can hear the footsteps of a cricket.