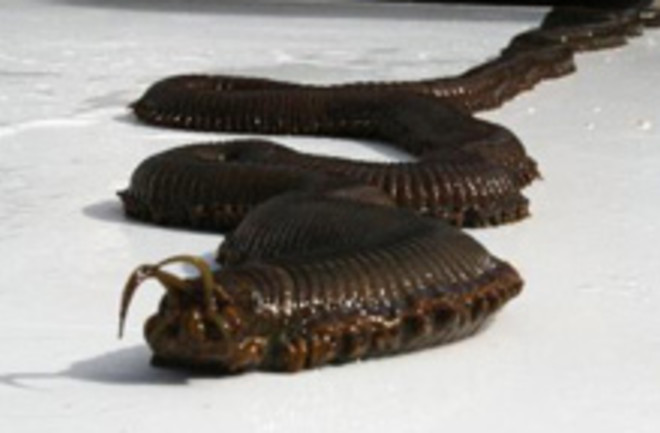 If ever there was a real-life sea monster, it's Barry the giant sea worm. Discovered living in a U.K. aquarium, he is four feet long and vicious: He not only attacked the aquarium's coral reefs and prize fish (tipping staffers off that an invader was in their midst), but also bit through 20 pounds of fishing line and most likely ate and digested the bait—and hooks—on traps that were set out for an injured fish. Aquarium officials think that Barry (a name they came up with) arrived in a delivery of coral, though they're unsure of how long he's been stalking the premises. The worm was finally lured out with fish scraps and put in his own tank—though staffers hopefully didn't get to close to him in the process: This tropical polychaete worm, armed with thousands of bristles covering his body, can permanently numb humans with its sting. Our official take on the matter: Eww.