Baby Crocs Call Mom From Inside Their Eggs 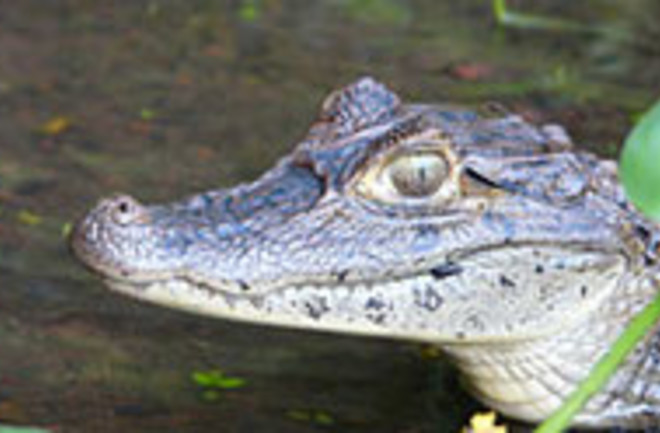 Who knew that baby crocodiles are such tender little creatures? According to researchers, they start crying out for their mothers before they've even cracked their shells and poked their long noses out into the world:

Now a study has shown that the noises they make from within their shells aren't just idle chatter, but instead play an important role in the hatching. A team of French researchers studied Nile crocodiles, and found that the calls prompted mother crocodiles to dig the eggs out of the dirt. The cries also seemed to alert all the babies inside their shells that it was time to hatch, leading to a neatly synchronized hatching that could have an evolutionary benefit, researchers say.

For this study, the researchers divided a clutch of crocodile eggs that were due to hatch within 10 days into three groups. One group was played recordings of pre-hatching calls, one group was played recordings of noise, and one group was left in silence. The baby crocodiles who heard the pre-hatching calls answered back. When it was time to hatch, all the babies hatched while the recording was played or within 10 minutes of it [HealthDay News]. In the group that heard non-croc noise, the hatchlings broke through their shells more than five hours after the last playback.

The findings, published in

suggest that little crocodiles benefit from a speedy, synchronized hatching with mom in attendance. [T]he researchers say the little grunts from inside the egg are likely critical to the early survival of the young crocodiles. The baby calls could attract attention from predators, the researchers say, making it important for all eggs to hatch at once so they receive care and protection from parents

. Researchers say that some birds also vocalize from within their eggs, which could indicate that they inherited the trait from the common ancestor of crocodiles, birds, and dinosaurs.