At the Bottom of Lake Huron, an Ancient Hunting Ground 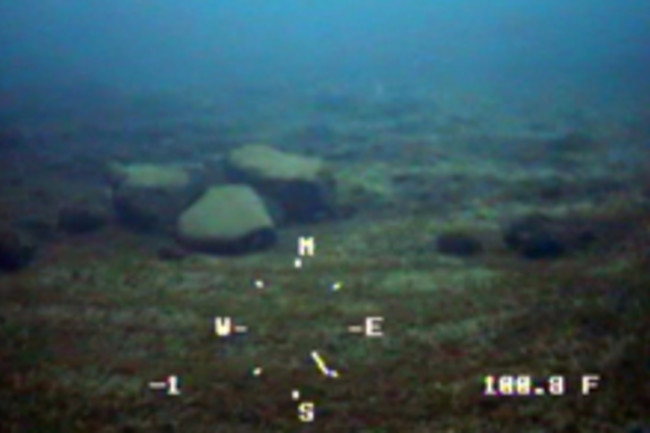 Deep beneath the waves of Lake Huron, researchers may have found evidence of a Paleo-American culture that lived in the Great Lakes region. Archaeologists used sonar and robotic explorers to examine about 28 square miles of the lake bottom, and found what may be the remnants of a caribou hunting ground; they hope further studies will reveal ancient settlements. Says study coauthor John O'Shea:

"Scientifically, it's important, because the entire ancient landscape has been preserved and has not been modified by farming, or modern development" [Canwest News Service].

What is now part of Lake Huron's obscured floor became a dry land bridge between modern-day Presque Isle, Michigan and Point Clark, Ontario when lake levels dipped some 7,500 to 10,000 years ago [Scientific American].

At depths ranging between 60 and 140 feet, researchers found lines of large stones, which may have been "drive lanes" that aided early hunters as they tried to take down galloping caribou.

Although generally unimpressive to humans — a person could easily step across the shin-high line of boulders, and even a small dog could leap it with a single bound — such structures are used by arctic hunters today to effectively guide caribou.... Groupings of large boulders at each end of the structure could have been used as decidedly low-tech hunting blinds [Science News].

But the study, published in the Proceedings of the National Academy of Sciences, hasn't convinced everyone--other archaeologists argue that the rock lines could have been arranged by moving glaciers, and say they'll wait for a sighting of stone tools or other artifacts before getting excited. Study coauthor Guy Meadows notes that a

rather thick covering of zebra mussels — an invasive species that now plagues many of the Great Lakes — also blocked easy view of the lake bottom surrounding the purported manmade structures.... So, he adds, researchers will soon return to scuba dive in the area and make detailed investigations [Science News].

Related Content: 80beats: Bloodstained Tools From 13,000 Years Ago Found in a Suburban Backyard 80beats: Once Humans Crossed the Bering Land Bridge to America, Where Did They Go? DISCOVER: The New Americans suggests that the Clovis had contemporaries in South America DISCOVER: Coming to AmericaImage: John O'Shea