Are we the teachable species? 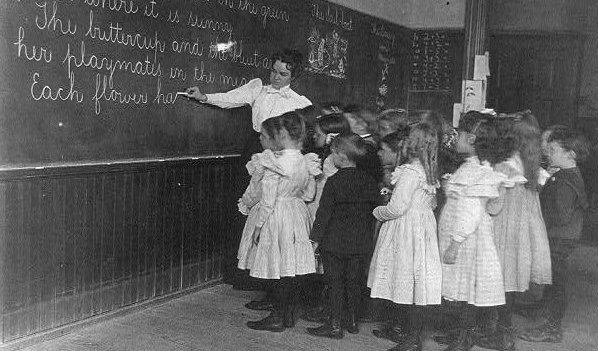 We know that our species is unique, but it can be surprisingly hard to pinpoint what exactly makes us so. The fact that we have DNA is not much of a mark of distinction. Several million other species have it too. Hair sets us apart from plants and mushrooms and reptiles, but several thousand other mammals are hairy, too. Walking upright is certainly unusual, but it doesn't sever us from the animal kingdom. Birds can walk on two legs, after all, and their dinosaur ancestors were walking bipedally 200 million years ago. Our own bipedalism--like much of the rest of our biology--has deep roots. Chimpanzees, whose ancestors diverged from our own some seven million years ago, can walk upright, at least for short distances. If looking for human uniqueness on the outside is difficult, is it any easier to look on the inside--in particular, at our mental lives? There's no doubt that our minds allow us to do things that even our great ape relatives cannot. For one thing, we can represent the world symbolically in our heads, and we can use words to communicate that symbolic thought to one another. Yet we can sometimes find surprising links between our own mental lives and those of other animals. We're very good at making and using tools, but that doesn't mean other animals can't do so as well. Thinking about the future may seem like a quintessentially human activity, but there's some evidence that some bird species can travel forward in time, too. Yet even as scientists find more links between our own faculties and those of other animals, some continue to stand out. And their rugged distinctiveness makes them all the more interesting. One of the most distinctive of all is, to me at least, the most surprising: teaching. If you're a college student reading this during a lecture because your professor is boring you out of your mind, you may not consider teaching a very big deal. But when you consider everything that goes into one person teaching another, it's a remarkable behavior. Consider what it takes for you to teach a child how to tie her laces, or write her name in cursive, or skip a stone. She has to watch you do the action and store a representation of that action in her brain. She also needs to listen to you, to understand why a twist of the fingers or the flick of a wrist is important to the procedure. You, the teacher, have to watch her try it, recognize when she gets it wrong, and explain how to do it right. Just as importantly, you have to help the child understand why learning a particular action matters--so that she won't cut her foot, so that she could throw a stone across the pond, and so on. Another reason that teaching may not seem very remarkable is that it seems easy. After all, even older kids will spontaneously teach younger ones how to play a game. It's certainly true that teaching comes naturally to us humans. There's no culture on Earth without teachers. But just because something's easy doesn't mean it's not special. And in the animal kingdom, teaching is exceedingly rare. In fact, it's not clear whether any other animal can teach.

I know this may come as a surprise, but it does so because we tend to mix up teaching and learning. A young chimpanzee can learn how to smash nuts on a rock by watching an older chimpanzee in action. And when she grows up, her own children can learn by watching her. But in these situations, the students are on their own. They have to watch an action and try to tease apart the underlying rules. A few years ago, I got to see the striking difference between chimpanzees learning and human teaching when my own four-year-old daughter participated in a psychology experiment. As a human, she was so primed to imitate a teacher that she would easily make obvious blunders--blunders no chimpanzee would make. (Here's an essay I wrote about the experience for the New York Times.) In the current issue of the journal Animal Behavior, Richard Byrne of the University of St Andrews and Lisa Rapaport of Clemson University, have published a fascinating review of what we know about the evolution of teaching. When scientists got interested in this question in the 1970s, they discovered just how hard it was to find a good example of an animal teacher. Chimpanzees rarely, if ever, intervene to correct a young chimp's nut-cracking technique. If chimpanzees could teach each other, it would make a huge difference to their species. It can take an adolescent chimpanzee four years of untutored practice to become a skilled nutcracker. As scientists looked for animal teachers, they realized just how tricky it can be to know whether you've found one or not. It's not as if you can figure out the intention of a killer whale while it's hunting for seals with younger whales. One way around this quandary is to just stick to what you can see, with a so-called operational definition of teaching. A knowledgable individual alters its behavior only around a rookie. Its behavior doesn't bring itself any benefit, and might even come at a cost (wasting time showing how to peel a termite probe rather than eating termites yourself, for example). The knowledgeable animal encourages some actions and punishes others, with the result that the rookie learns faster than it would have on its own. 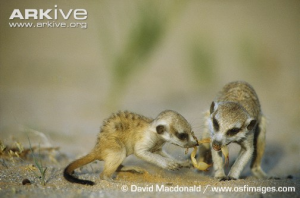 This operational definition has guided the study of animal teaching for two decades, and it's opened the way to some amazing discoveries. According to this definition, for example, meerkats can teach their pups how to hunt. Adult meerkats can kill and eat scorpions, but it's a difficult skill to learn without getting badly hurt. Researchers have found that wild meerkats will bring dead or wounded scorpions to their pups to practice with. As the pups get better, the adults bring less badly hurt scorpions, allowing the pups to improve their skill. Ants even meet the operational definition of teaching. If an ant finds food, it will go back to its nest and teach another ant the way there, communicating information as they run and correcting the student ant's speed and course. As intriguing as these studies have been, though, they are few and far between. In fact, Byrne and Rapaport argue, the operational definition of teaching has run its course and now actually hinders a better understanding of teaching. It's hard to tell if an interaction between two individuals meet all the criteria, for example. South American monkeys known as golden lion tamarins will call to their offspring when they find insects and let the young tamarins capture the prey. During this time in the lives of young golden lion tamarins, they get much better at foraging, but it's impossible to tell whether they're improving because they're being taught, or thanks to their own trial-and-error learning. Even with humans, obvious examples of teaching may fail to meet the operational definition. Say a father shows his son how to make a bow. It might take the father a bit longer to make the bow as a teacher than if he were doing so on his own. But it's hard to say that an extra minute or two would represent much of a cost. Last year, two British researchers, Alex Thornton and Nichola J. Raihani, offered what they argue is a better way to identify animal teachers. Scientists should run experiments in which they deprive some naive animals of whatever behavior they suspect is actually teaching. Then they can compare the skills of the tutored animals and the unschooled ones to see if the behavior made any difference. But Byrne and Rapaport suspect that even this kind of approach could miss some of the most important examples of teaching. To see why, imagine a teacher showing children how to write in cursive, as in the photograph above. Once she's gotten across the basics, she lets them practice on their own, looking over their shoulders as they work. She stops to help one student who is having a hard time of it, while the others display good penmanship. The struggling student ends up with average handwriting, but at least it's better than it was before. By Thornton and Raihani's argument, however, this special tutoring is not teaching. The struggling student ends up no better than his classmates, despite the interaction with the adult. Byrne and Rapaport argue that we may be missing examples of animal teaching in which adults are targeting young animals that would otherwise fall behind. They point to one remarkable example from female elephants. When a female elephant becomes fertile for the first time (goes into oestrus, in other words), she will typically accept the approaches of the biggest bull in the group. Sometimes a female will flee the bull, however. That's a mistake, because he can protect her from being molested by a lot of young bulls. In these situations, an older female relative will sometimes go into a false oestrus. Even if she's pregnant or nursing, she will behave as if she's fertile and approach the big bull. The young female learns the error of her ways, and accepts the big bull's approaches. She is no better off than other females who figured out this important life lesson their own, however. To document this kind of teaching, scientists have to go to the place they've avoided before: into the heads of animals. They have to observe animals observing each other, and tailoring their behavior to help not just any young student, but the ones who need the most help. That won't be easy. But we can't understand the origin of human teaching by treating it as something so automatic that even an ant can do it. Human teaching is an empathetic art. Only when we look for versions of that kind of teaching in other animals will we be able to understand how our own ancestors became teachers, and how teaching helped make us uniquely human.