Are Snakes Really Disappearing Around the Globe? 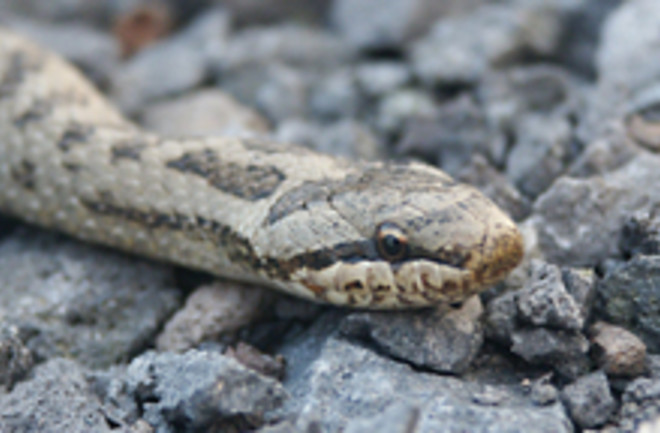 The turn of the millennium was not kind to the snakes. Herpetologist Chris Reading and his team have been counting snakes through their own surveys and looking at population data going back to 1987 to see what's happening to snake populations. The alarming findings, to be published soon in Biology Letters, indicate that most of the species studied saw a great decrease in population, with the greatest loss between 1998 and 2002. Reading's team monitored 17 different species in different climates—including snakes from Europe, Africa, and Australia—to try to get a global picture. Eleven of the 17 declined sharply over the study's two-decade-plus period, with some declining as much as 90 percent. Five remained more or less stable. Only one saw a population increase, and a very slight one at that.

"All the declines occurred during the same relatively short period of time and over a wide geographical area that included temperate, Mediterranean and tropical climates," write the authors. "We suggest that, for these reasons alone, there is likely to be a common cause at the root of the declines and that this indicates a more widespread phenomenon" [Guardian].

Last month, we saw other scientists point the finger at climate change as a reason for lizard declines

; with the snakes Reading and his colleagues are being more cautious, simply ringing the alarm bells that snakes could be in danger around the world. The proximate cause is likely to be less abundant prey or a changing habitat, such as less available cover in which snakes can hide. Given the widespread nature and the timeline, however, climate patterns can't be ruled out.

The year when many of the snake declines began - 1998 - raises the question of whether climatic factors might be involved, as very strong El Nino conditions contributed to making it the hottest year recorded in modern times [BBC News].

The real trouble is going to come in sorting out just how many snakes, or which ones, are in great danger. Because, frankly, they're hard to count.

More data may or may not bear out the pattern, says ecologist Rick Shine of the University of Sydney, who was not part of the study. “The jury is still out on whether or not there is a general crisis here, but the reports are alarming” [Science News].