Volunteers with Canine Metacognition put their pups to the test — join them! 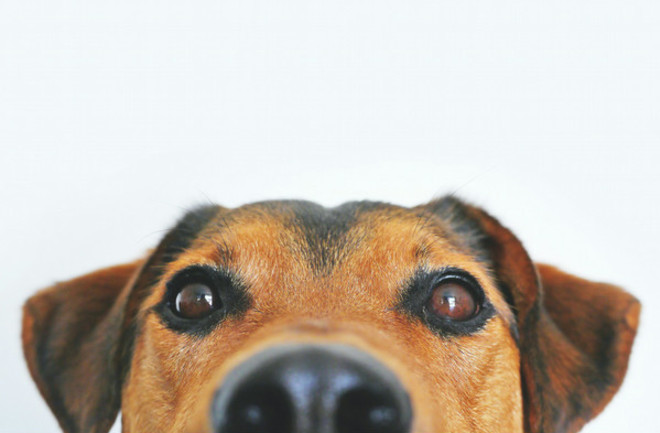 Does a dog ever think, in their own way, “That sure looks like a squirrel, but I could be mistaken?”

Throughout history, humans have thought that our ability to reflect on our own thinking — what scientists call metacognition — distinguishes us from other animals. But there’s growing evidence that’s not the case. Researchers have put dolphins, rats, birds and more to the test, and concluded that they do have some awareness of their own knowledge. Might that list include dogs?

If you have a pet dog, you can help us find out!

To find out if animals are aware of their own knowledge, researchers have given them what’s called the Uncertainty Test.

The animal is trained to complete a certain task, like pulling a lever, if they’re given a certain signal. There’s a different task, like pulling a different lever, for a second signal. If they pull the correct lever, they’re given a reward. If they don’t pull either lever at the signal, they can also get a reward, but it’s not as good as the one they get for “passing the test” (pulling the correct lever). In other words, they can decline the test.

The uncertainty comes in when the researcher muddles the signal, so the animal isn’t sure which task they’re supposed to complete. If they know that they don’t know, the hypothesis is that they’ll decline the test and choose the less desirable, but guaranteed, reward.

Researchers with the Canine Metacognition project ask volunteers to put their dogs to the test at home. Citizen scientist Kaitlin Csech, proud owner of Toby, a Chihuahua/Pekingese mix, gave her pup the Uncertainty Test. “I was excited to see what Toby would do,” she says.

Then Csech introduced the uncertainty: She made the pitch more and more ambiguous — somewhere in the middle range so it wasn’t clear to Toby whether it counted as high or low.

“It was obvious that [Toby] went to the kitchen more when the test got more difficult,” says Csech. “I already thought that my Toby was self-aware, but seeing this made me wonder just how much self-awareness he had and what else we could discover about his mind.”

Toby is just one of the 51 dogs that have participated in Canine Metacognition. Many of the other dogs have also chosen to decline the test when the answer is uncertain.

Although the uncertainty test is a classic way to demonstrate metacognition, there may be other explanations for these dogs’ behavior. In Meta-cognition in Animals: A Skeptical Look, cognitive scientist Peter Carruthers proposes that when the sound was neither high nor low, Toby had a strong desire for a treat but a weak belief that he would get one by entering either crate. Toby’s desire for the lesser treat in the kitchen then won out over his conflicting weak desires to enter either crate, without any metacognition involved.

To test this theory, we can next challenge dogs with what’s called the inference test. Citizen scientist Alexis Sirisouk customized the test for Boof, her Shi-Tzu mix.

Boof knows her favorite ball is in one of two Pringles cans presented by Sirisouk, but does not know which. If she knocks down the wrong can, Sirisouk will leave with the other can with the ball still in it. After learning this, Boof started to sniff and look around when the cans were first put down, before knocking down either can.

Now for the test: What does Boof do when she knocks down a can and finds it empty? Does she immediately knock down the second can or does she first look into it or sniff it for the ball?

If Boof immediately knocks down the second can, it would seem she made an inference:

2. This can does not have the ball.

Therefore, 3. That can does.

So how did Boof fare on this test? “To be honest, finding one can empty did not change how Boof approached the second can,” Sirisouk says. “She still sniffed at and explored the other can before knocking it down to get the ball.”

But other citizen scientists  have reported that their dogs do immediately go for the second hidden reward. So the results are mixed and more trials are needed for this new experiment.

Is Your Dog Self-Aware?

Our volunteers have already generated some evidence for canine metacognition as well as new ideas and directions for future research. Our next step is to record experiments over Zoom with more controlled settings, where the possibility of interfering factors like cuing from humans are definitively ruled out.

Learning more about how dogs think and learn will help us better understand how to train and work with dogs. It will also help us better appreciate and respect dogs and other animals for the kinds of self-awareness and ways of thinking and perceiving they have — both similar to and different from our own.

Would you like to help? To do so just sign up with your best estimate of your dog’s breed and age and your email address. All you need for most experiments are different treats or toys that will motivate your dog different amounts, like a favorite toy and another toy. And if you have your own ideas for testing your dog, perhaps we can try them out! Along with recording experimental results, Canine Metacognition aims to foster discussion and experimental design creativity.