Archerfish use precision water jets to shoot down their prey. 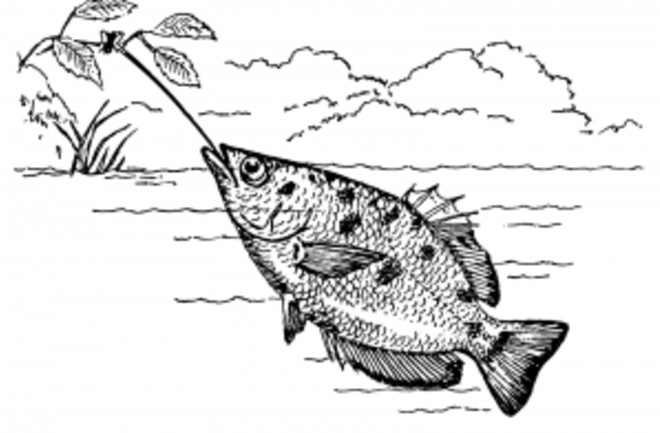 Image: Wikimedia CommonsWhen it comes to freshwater hunting fish, archerfish might just be the biggest badasses of the bunch. These snipers squirt water droplets from their mouths in precisely aimed trajectories to shoot down insects and other prey from the air. Although it was well known that archerfish could aim their water jets, this study was the first to find that they can also control the hydrodynamics of the water flow itself by changing the shape of their mouth opening. Most impressively, the fish could control the point in the air where the water focused to maximize the impact on the target. Holy carp!Archerfish Actively Control the Hydrodynamics of Their Jets. "Among tool-using animals, none are known to adaptively change the hydrodynamic properties of a free jet of water—a task considered difficult in human technology. Hunting archerfish can strike their targets with precisely aimed water jets, but they are also presently thought to be unable to actively control the hydrodynamics of their jets. By using specifically trained fish, we were able to monitor several aspects of jet production and propagation as the fish fired at targets over a much wider range of distances than previously explored. We show that jets that have to travel farther also live longer. Furthermore, the time needed until water assembles at the jet tip is not fixed. Rather, it is adjusted so that maximum focusing occurs just before impact. Surprisingly, the fish achieve this by modulating the dynamics of changes in the cross-section of their mouth opening, a mechanism that seems to not have been applied yet in human-built nozzles. The timing adjustments archerfish make in order to powerfully hit targets over an extended range strikingly parallel the situation in the “uniquely human” ability of powerful throwing. Based on the key role throwing played in human encephalization and cognitive evolution, skillfully “throwing” water should similarly have led to the correlated rapid evolution of cognitive skills in this animal." Related content: Holy carp! Fish can use tools too!What doctors do when you get a live fish stuck in your throat. (Warning, it’s not pleasant.)The dark side of guppy sex (hint: it involves penis claws).