• A New Look at Old World MoneyFor more than a century, archaeological excavations have uncovered evidence that ancient Bronze Age civilizations carried on long-distance trading of tin, copper, lapis lazuli, and gold. But a mystery has endured: In the years before currencies developed—roughly 2500 to 1000 B.C.— how did the Hittites, the Babylonians, the Egyptians, and more obscure city-states trade without standardized systems of weights and measures? "Commerce was long thought to have been a chaotic affair, a sort of Tower of Babel of markets," says Carl Lamberg-Karlovsky, an archaeologist at Harvard University.

Last May, Lamberg-Karlovsky and Alfredo Mederos of the University of Madrid answered the question by showing a way in which the 10 most significant systems of weights used in the region could be converted from one to another. "We didn't find any overall formula, any 'e=mc^2' to explain everything," says Lamberg-Karlovsky. "What we ended up with was something more like a Bronze Age euro—in which a series of simple calculations could be used to convert one system into another."

With the help of ancient texts, the two sat down and figured out the math. Working with a hypothetical three-pound chunk of lapis lazuli, the Bronze Age equivalent of diamonds, the researchers calculated that it weighed roughly the same as 100 Dilmun shekels, 160 Mesopotamian shekels, and 175 Eblaite-Carchemish shekels. "The conversion systems in operation were elegant in their simplicity," Lamberg-Karlovsky says, "and would have been crucial in developing the scale and nature of commercial exchange in the Near East." More important is the implication that conversions were workable. "The Bronze Age economies were far more sophisticated than we previously believed," he says. — Curtis Rist

• Care to see my etchings?Last July archaeologists announced the discovery of a cave in southwestern France filled with prehistoric art that may be 8,000 years older than the legendary cave paintings about 30 miles away in Lascaux. Located near the village of Cussac in the Dordogne Valley, the discovery dates to about 25,000 B.C. The cave floor is littered with human remains, well-preserved skeletons that date from the Paleolithic Era, around the same time as the art. So far, five individuals have been identified, and researchers believe there are several more.

"This is a site of world importance," says Jean-Philippe Rigaud, director of France's National Center for Prehistory. The vivid drawings of women, wild animals, hybrid beasts, birds, and mammoths were cut into the rock walls of a chamber half a mile long, more than 30 feet wide, and more than 32 feet high. One sustained sequence features 40 figures, including a bison 13 feet long, as well as strange beasts that scientists have not yet identified.

Study has been hindered by the fragility of the cave, says Rigaud. The floor is made of unstable clay, and the flaky limestone walls can be easily damaged by fluctuations in temperature. Work has also been hampered because researchers must return to the surface for fresh air every three hours—the cave contains high levels of carbon dioxide. To protect the contents, the cave has been sealed off to the public. "Even I have to ask permission, and I'm an expert," says Rigaud. — Diane Martindale

Caral, a pre-Columbian city built 14 miles from the Pacific Ocean in what is now Peru, had been discounted as a group of rather dreary stone mounds hardly worth excavating ever since archaeologist Max Uhle discovered them in 1905. But last April, new radiocarbon-dating work showed that Caral is the oldest city ever found in the Americas, apparently built about 2600 B.C., when the pyramids at Giza were being constructed in Egypt.

Pyramids, which have since been reduced to earth mounds, surround an ancient plaza in the pre-Columbian city of Caral.Photograph by Jonathan Haas, courtesy of the Field Museum

Jonathan Haas, curator of anthropology at the Field Museum in Chicago, in collaboration with Ruth Shady Solis of the National University of San Marcos in Lima, Peru, and Winifred Creamer of Northern Illinois University, dated reeds that were woven into bags used by workers to carry rocks to build the mounds. Further excavation indicated that Caral was the regional capital of a group of inland cities, many with thousands of inhabitants. They traded fruit and cotton grown inland for seafood caught by fishermen in smaller coastal settlements. The discovery is important for reasons beyond the city's age—it throws into question many assumptions on which a great deal of archaeological work is based, because the inhabitants of Caral built a social and political structure, not to mention monumental architecture, without the trappings of writing, metallurgy, or ceramics. "The settlement will provide us with a unique window into the beginning of civilization," Haas says. "It could also lead to a rethinking of the origins of complex societies." — Diane Martindale

• Taming the wild sunflowerEveryone agrees that corn, the crop that built the Americas, was domesticated more than 5,000 years ago in central Mexico. But researchers squabble about the origins of an important but less renowned domesticated plant: the sunflower. Many contend the taming occurred in North America, around what is now Tennessee. The latest evidence, however, favors a Mexican origin. While excavating a pre-Olmec site at San Andrés in Tabasco, Mexico, a team including paleoethnobotanist David Lentz of the New York Botanical Garden turned up the earliest traces of a domesticated sunflower: two carbonized seeds about 4,500 years old.

Native Americans cultivated sunflowers to use for food, medicine, and dye, says Lentz, and their breeding efforts produced tall, single-headed plants with big seeds that are rich in nutrients and easy to harvest. The ancient carbonized seeds found at San Andrés are more than

7 millimeters long, far longer than the 5 mm seeds wild sunflowers produce. And the seeds are more than 1,000 years older than the earliest North American evidence of domesticated sunflowers, a 3,000-year-old seed found in Tennessee. 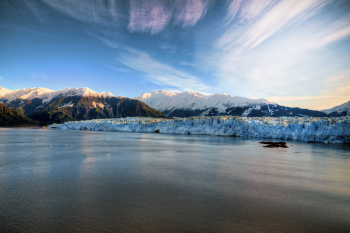 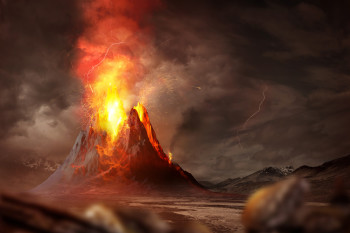 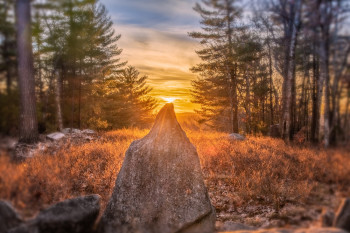 Planet EarthAmerica's Stonehenge: Inside the Rocky History of New Hampshire's Mystery Hill
Recommendations From Our Store