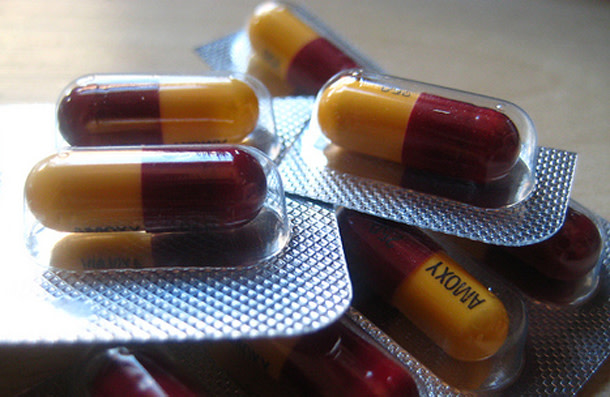 We aren’t single individuals, but colonies of trillions. Our bodies, and our guts in particular, are home to vast swarms of bacteria and other microbes. This “microbiota” helps us to harvest energy from our food by breaking down the complex molecules that our own cells cannot cope with. They build vitamins that we cannot manufacture. They ‘talk to’ our immune system to ensure that it develops correctly, and they prevent invasions from other more harmful microbes. They’re our partners in life. What happens when we kill them? Farmers have been doing that experiment in animals for more than 50 years. By feeding low doses of antibiotics to healthy farm animals, they’ve found that they could fatten up their livestock by as much as 15 percent. You can put the antibiotics in their feed or in their water. You can give the drugs to cows, sheep, pigs or chickens. You can try penicillins, or tetracyclines, or many other classes of antibiotics. The effect is the same: more weight. Consistent though this effect is, no one really understands why it works. The safe bet is that the drugs are exerting their influence by killing off some of the microbiota. Now, Ilseung Cho from the New York University School of Medicine has confirmed that hypothesis. By feeding antibiotics to young mice, he has shown that the drugs drastically change the microscopic communities within their guts, and increase the amount of calories they harvest from food. The result: they became fatter. Cho exposed young mice to a range of different antibiotics including penicillin, vancomycin, the two together, or chlortetracycline, all at levels that the US Food and Drug Administration approves for use in agriculture. After 7 weeks, the treated mice were no heavier than those that didn’t drink any drugs, but they had more body fat – around 23 percent, compared to a typical 20 percent.

The microbiotas of the antibiotic-treated mice had also changed. They had the same numbers of microbes as the normal mice, but they were heavier in bacteria from the Firmicutes group, and poorer in those from Bacteroidetes. That’s a familiar pattern to anyone interested in gut bacteria: many studies have found that the balance between these two bacterial groups sways to the Firmicutes’ favour in obese individuals. It’s the same for both mice and humans. But the antibiotics didn’t just change the members of the rodents’ microbial communities. They also change what they did. In the guts of the treated mice, Cho found that certain genes were more active, including those that break down complex carbohydrates into short-chain fatty acids (SCFAs). These substances provide energy to intestinal cells and trigger the production of body fat. Cho also found 466 genes that were deployed differently in the livers of the antibiotic-treated mice. Those involved in storing unused calories, by creating substances like fats and triglycerides, tended to be more active. It was the same story no matter which antibiotic Cho used. This smorgasbord of changes suggests that the young rodents’ encounters with antibiotics had changed the microbes in their guts, to a cadre that was better at harvesting calories from otherwise indigestible food. To cope with their flood of liberated calories, they pile on more fat. Scientists have seen patterns like this before, but on a much bigger scale. When natural habitats are disturbed to a large extent in a short space of time – whether by fire, volcanoes, diseases or human hunting – the entire system can change in irreversible ways. For example, in the Arctic Aleutian islands, introduced foxes killed local seabirds, depriving the land of nutrient-rich droppings and changing the very landscape from lush grasses to sparse shrubbery. The changes in Cho’s study are similar, except instead of fox-ridden islands, we have antibiotic-assaulted guts. Our microbiotas, after all, are ecosystems in their own right, finely balanced and vulnerable to severe changes. So what of humans? Could our increasing use of antibiotics be fuelling the rise in obesity rates? “The implication is that routine exposure to low levels of antibiotics might also promote obesity in humans, although further studies would be needed to determine this,” says Rob Knight from the University of Colorado, who studies the microbiome but was not involved in this work. Such caution is warranted. Mice are not humans, and mouse microbiotas are not human microbiotas. There are enough similarities to think that Cho’s results would apply to us too, but some preliminary evidence is coming in. A second study by Martin Blaser, who led Cho’s research, followed the fates of 11,532 British children born in 1991 and 1992. It showed that those who took antibiotics in their first six months put on more weight than their peers in their first years of life. For now, two things are clear. First, antibiotics have done a huge amount of good in treating bacterial infections and if we’re even talking about reducing their use, it’s because we have the luxury of health that they have provided. Second, they are clearly overused: prescribed for illnesses that they have no power over, and used to fatten livestock that aren’t sick. Currently, on average, every American child gets a course of antibiotics ever year. The overuse of antibiotics has fuelled the rise of antibiotic-resistant bacteria, but their impact on our beneficial bacteria could be equally detrimental. Blaser has been vociferously banging on this drum for years. As he wrote in a comment piece for Nature, “Antibiotics kill the bacteria we do want, as well as those we don't... Overuse of antibiotics could be fuelling the dramatic increase in conditions such as obesity, type 1 diabetes, inflammatory bowel disease, allergies and asthma... We must make use of the available technology to protect and study our bacterial benefactors before it is too late.” References: Cho, Yamanishi, Cox, Methe, Zavadil, Li, Gao, Mahana, Raju, Teitler, Li, Alekseyenko & Blaser. 2012. Antibiotics in early life alter the murine colonic microbiome and adiposity. Nature http://dx.doi.org/10.1038/nature11400 Trasande, Blustein, Liu, Corwin, Cox & Blaser. 2012. Infant antibiotic exposures and early-life body mass. Int J Obesity http://dx.doi.org/10.1038/ijo.2012.132Photo from Sheep Purple; image by Cho et al.