The coronavirus pandemic is robbing some people of a chance to come together to mourn: a practice deeply embedded in many animal species. 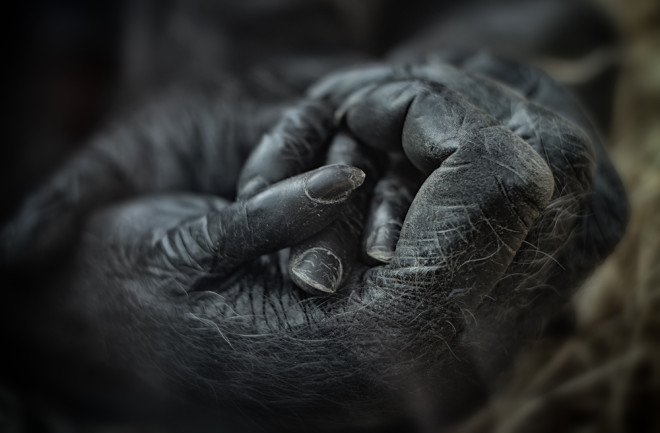 As the SARS-CoV-2 virus rocks the world, a haunting aspect of the pandemic is coming increasingly into focus: The very sick are dying all-too-often without loved ones by their side.

The novel coronavirus is too contagious, and hospitals in many nations too overwhelmed, for visitors to be allowed at the bedside to whisper words of comfort, hold a hand, or say goodbye. Instead, grieving for the dead often takes place at a distance.

In Italy, funerals are banned. The bodies of coronavirus victims are sealed away immediately, still enrobed in hospital gowns. An emergency physician in New York City has described the anguish of family members saying goodbye to coronavirus patients by phone. A Michigan woman used FaceTime to calm her 20-year-old son in an intensive care unit, only days after his father died of the virus. He died as well.

Increasingly, this kind of physical separation between loved ones and the newly dead happens even when the cause of death isn’t coronavirus. When a woman in Wisconsin died of cancer in March, only 10 people were allowed to attend the funeral owing to limits enforced on public gatherings. The priest and nine grandchildren went inside the Catholic church, while outside the woman’s four adult children watched using phones and tablets inside their car.

These horrifying situations rob whole families of the meaning-making traditions we humans engage in with our dying and our dead. We are social animals, and rituals matter to us, perhaps none more so than rituals around death and dying. The details vary across populations, but there’s no mistaking the fact that we evolved as primates who pay loving attention when kin and companions die. Some non-primates do the same. Animals have the capacity to grieve and the desire to attend to death.

Modern humans and our ancestors have a long history of marking death. Neanderthals, our close evolutionary cousins who lived in Europe and Asia, seem to have purposefully buried their dead starting around 100,000 years ago — at least sometimes, in some locations.

Anthropologists don’t know what, if any, emotions these people felt when members of their social groups died. It’s highly plausible though, in the words of one archaeologist who excavated the site of Shanidar in Iraq, that there was “some form of intentionality and group memory as Neanderthals returned to the same [burial] spot over generations.”

It’s even possible that an earlier species called Homo naledi carefully disposed of their dead: Some of their bones were found in a hard-to-access, isolated cave, prompting researchers to propose the spot may have been an intentional burial chamber.

What’s undeniable is that our early Homo sapiens ancestors began to create increasingly elaborate burial rituals. At around 24,000 years ago in what is today Sunghir, Russia, for example, a boy of about 12 years of age and a girl of about 9 were buried together. The research paper describing the remains says they were “head to head, covered by red ocher, and ornamented with extraordinarily rich grave goods.”

Animals ranging from elephants to cows, ducks to dogs, may grieve.

What about animals? There is a popular perception that some animals, particularly elephants and crows, participate in their own kinds of funerals. But there’s little solid evidence — at least, so far — for this kind of community ritual. Elephants may occasionally cover a dead companion’s body with leaves or branches, but the meaning and intent of this action remains unclear. A 2012 paper includes the words “scrub-jay funerals” in the title, but the “funerals” were actually noisy gatherings of birds around scrub-jay skins and feathers laid out by researchers in an experiment. The birds’ response to what they saw indicates acute social assessment of their surroundings, to be sure, but it’s a stretch to consider that behavior a death ritual.

As I have shown in my book How Animals Grieve, animals ranging from elephants to cows, ducks to dogs, may grieve. At the Farm Sanctuary in New York state, after years of close companionship, a duck named Harper withdrew socially and refused to form new bonds after the death of his duck friend Kohl in 2010. In the Salish Sea in 2018, the orca Tahlequah swam for 17 days and 1,000 miles with her dead newborn daughter’s body on her own body, drawing the attention and concern of people in many countries. Ethologists — researchers who study animal behavior — have, however, documented profound emotion in surviving animals when a mate, family member, or friend is dying or has died. That emotion is expressed through altered behavioral patterns coupled with evident distress.

Among our evolutionary cousins, the primates, there are abundant examples of grief too. A female marmoset monkey fell from the tree canopy of a Brazilian forest in 2005 and struck her head. As she lay acutely injured, her mate of three years (together, they had raised eight offspring) embraced her gently. The female died two and a half hours later. At the Chimfunshi Wildlife Orphanage Trust in Zambia, a 9-year-old male chimpanzee named Thomas died in 2010 of a lung infection. Noel, a 33-year-old female who had adopted the youngster four years previously, after his mother’s death, remained with his body and cleaned his teeth with a grass tool.

Strikingly, the animals with the closest social relationships to the ones who have died typically seem to be the most affected. This was true, for example, among mountain gorillas in Rwanda’s Volcanoes National Park, who groomed the bodies of two apes who had died in 2009 and 2010. But sometimes, even apparent strangers seem to grieve: In the nearby Democratic Republic of Congo, Grauer’s gorillas were spotted attending to the body of an unfamiliar silverback male when he died in 2016.

Monkeys and apes don’t act exactly as humans do around dead bodies. Mixed in with compassionate caretaking may be aggressive or even sexual behaviors: They might strike or mount a corpse. Yet human grief, too, can manifest in unusual ways. At a solemn memorial service, a mourner may suddenly laugh in involuntary response to tension.

For much of the 20th century, it was common practice for ethologists to resist acknowledging the profound emotions expressed by these animals. Anthropologists and zoologists who broke with tradition to describe animal grief — and other emotions as well, including joy — found themselves accused of anthropomorphism, the projecting of human capacities onto other species. The tide began to turn, however, as ever-more research in the field and in captivity showed unmistakable evidence of animals feeling deeply what happens to them. More than ever before, researchers now recognize that grief and love don’t belong only to us humans.

Today anthropologists consider mourning rituals to be a human universal. The cultural variation in the types of practices observed is great. Yet the act of coming together physically to remember the dead, with a comforting embrace or touch offered to share the pain of loss, is a common thread. Being forced to say goodbye to a beloved person through FaceTime is brutally clinical for a species that thrives on togetherness and touch.

As the epicenter of the coronavirus pandemic moves on from China to Italy and Spain to New York City and elsewhere, humanity is marking the terrible toll in terms of deaths and hospitalizations, and in bright rays of hope, the recoveries too.

In the coming weeks and months, humans will find innovative ways to help one another even as we remain at a physical distance. As part of that effort, we can reach out with compassion to survivors who are unable to mourn their loved ones in the ways we evolved to mourn.

Barbara J. King is an anthropologist emerita at William & Mary. This article first appeared on SAPIENS. You can read the original here.