And the Nobel Prize for Chemistry Goes to... 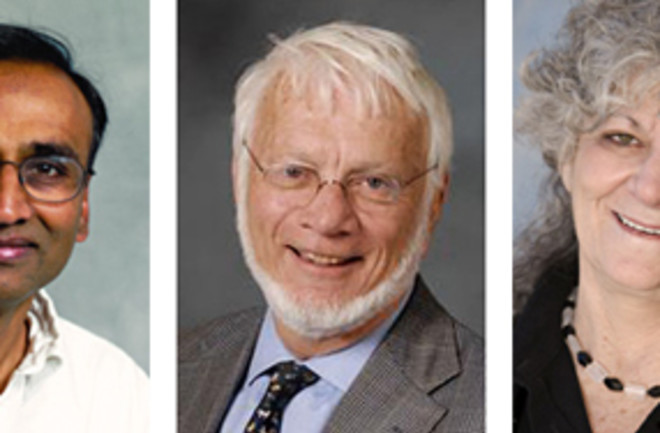 Two American men and an Israeli woman have won the Nobel Prize for chemistry for work that probed the structure of the ribosome, the cell's protein factory. Venkatraman Ramakrishnan, Thomas Steitz, and Ada Yonath worked separately to understand one of life's core processes: the method by which ribosomes translate genetic code into proteins, the building blocks of all organisms.

Their work revealed what ribosomes, which produce proteins that control the chemistry in all living organisms, look like and how they function at the atomic level. The Laureates also created three-dimensional models that show how different antibiotics bind to the ribosome, research that has been used to develop new anti-infective medicines [Bloomberg].

As the field of medicine is grappling with new strains of bacteria that have developed resistance to traditional antibiotics, new drugs that target ribosomes are becoming an important weapon. The Nobel committee described the three winners

as "warriors in the struggle of the rising tide of incurable bacterial infections."... These new drugs work by blocking the function of ribosomes in bacterial cells, preventing them from making the proteins they need to survive [BBC News].