Ancient Golden Earring Discovered Hidden in a Jar in Israel 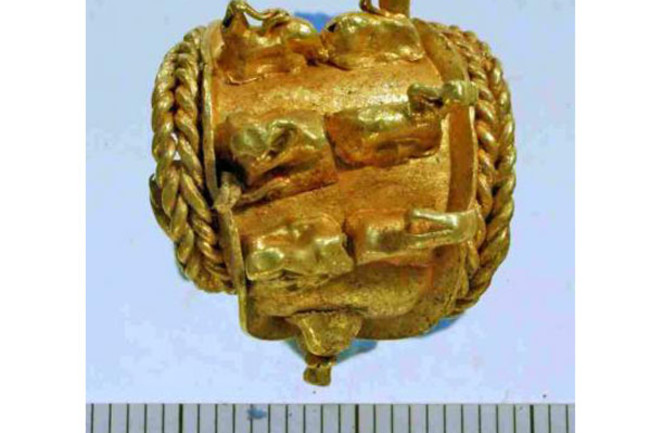 This beautiful golden earring, decorated with figures of goats, was one of a trove of jewelry pieces that were wrapped in cloth and stuffed into a jar discovered by archaeologists at the Tel Meggido dig in Israel

. When the team flushed the jar's interior with water, earrings, a ring, and carnelian beads came tumbling out. They aren't sure why the jewelry was in the jar, but they posit that it could have been hidden there by the inhabitants of the home where the jar was found for safekeeping. The layer of soil where the find occurred dates from the 11th century BCE, a period when Meggido was under Egyptian rule, and the team believes the jewelry is either of Egyptian origin or inspired by Egyptian designs.

What Would the Sun Sound Like If We Could Hear It On Earth?