New research into the genetic backstory of ancient French grapevines reveals that some varieties cultivated today haven’t changed for centuries. 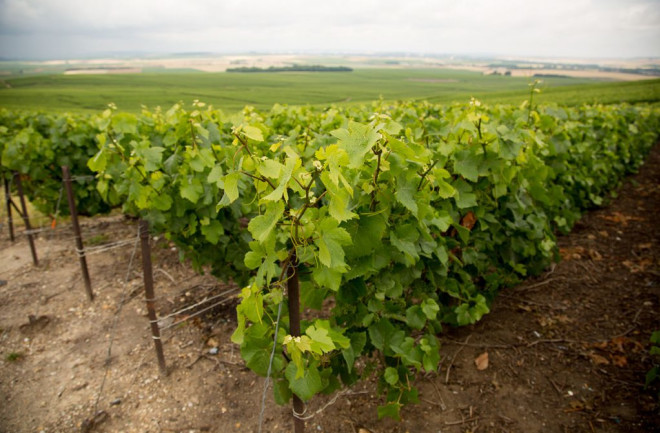 Consider this the next time you toast a friend and wish them long life: The wine swishing around your glass may have come from grapevines with very long-lived lineages indeed. Researchers analyzing genetic material from ancient grape seeds turned up evidence of varieties almost unchanged for nearly 2,000 years. Another variety cultivated today is identical to grapevines propagated 900 years ago.

Vitis vinifera, the Eurasian grapevine, is one of the most economically important fruit crops in the world, with wine production its main use. Globally, humans guzzle more than 25 billion liters of the stuff each year. Yet much of the deep history of both V. vinifera and the wine it gives us remains unknown.

According to The Wine Institute, Italy leads the world in wine production with about a 16 percent share — but France is in second place, churning out just under 14 percent of the beverage’s global bottles. Even though wine plays a particular role in national identity for both countries, neither can lay claim to being its birthplace.

Instead, V. vinifera was first cultivated, at least 6,000 years ago, in Southwest Asia. Residue found recently on pottery shards from the Republic of Georgia suggest the vine’s history may stretch back 8,000 years or more.

(Folks in Neolithic China were making a fermented beverage 9,000 or so years ago. Residues in pottery from the site of Jiahu indicate the drink was made from rice, honey, hawthorn and possibly wild grapes. I’m sure it was tasty, but it doesn’t meet the international definition of wine. All current archaeological and genetic evidence points to the South Caucasus as having dibs on the “birthplace of wine” title.)

Viniculture remains an important industry in the Republic of Georgia, currently the most likely contender for the birthplace of wine. This Saperavi, a traditional Georgian wine, is sometimes called “black wine” for its intense hue. (Credit: G. Tarlach)

The Long And Wine-ding Road

V. vinifera and winemaking culture spread quickly from the Caucasus to the Mediterranean, particularly during the Iron Age. Vineyards popped up in France at least 2,600 years ago and expanded considerably under Roman rule a few centuries later. The grapevine’s appeal as a crop was thanks in part to its ability, under the right circumstances, to reproduce asexually.

Farmers typically sow cereals and other crops from seed each season. But with V. vinifera, as with many fruit crops, winegrowers generally use grafting and other techniques to create clones of existing plants. This method of propagation means faster return on investment — no waiting around a few years for seed-sown grapevines to reach maturity — as well as more consistent yields and flavor profiles. (There are also downsides to clonal lineages, including the risk of increased susceptibility to disease.)

You might think that all those clonal lineages would make it easy to trace the history of the grapevine. Nope. Despite vegetative propagation, aka cloning, modern V. vinifera varieties have a crazy amount of diversity both in their genes and morphology, or appearance.

To better understand the family tree (family vine?) of the thousands of varieties available today and in centuries past, researchers collected genetic material from 28 ancient pips, or grape seeds, found at nine archaeological sites in France ranging in age from the 6th century B.C. to the late 12th century, covering the Iron Age through to the medieval period.

The team then compared the aDNA with a database of modern V. vinifera and wild grape genomes. Thanks to recent advances in aDNA analysis, the researchers identified unique genetic variations that allowed them to trace distinct lineages, connecting ancient and modern grapevines like never before. In fact, it’s the first-ever study of nuclear aDNA from a vegetatively propagated fruit crop.

Perhaps the most striking result: The modern Savagnin Blanc varietal, cultivated mostly in northeastern France, is an identical match to a 900-year-old variety found at a site near Orléans, in north-central France. That means today’s Savagnin Blanc can be traced back to a single grapevine that was growing during the reign of Philip the Second, and possibly even earlier.

(By the way, Savagnin Blanc is a different variety than the better-known Sauvignon Blanc.)

Meanwhile, the researchers found that four genetically identical ancient pips, found at two different Roman era sites about 400 miles apart, had a “parent-offspring” relationship with the modern Mondeuse Blanche variety. This means that the grapevine has had just one reproductive cycle in the past 1,800 years.

Sadly, today’s Mondeuse Blanche is nearly extinct, grown on just a handful of acres in eastern France. It is closely related to the much more common Syrah variety.

Other ancient pips analyzed in the study had parent-offspring relationships with modern grapevines, particularly those grown in Switzerland.

All of the archeological specimens appeared to be from domesticated rather than wild grapes. They were all related to wine grape varieties rather than table grapes.

The team also uncovered signs that viniculture was a dynamic and changeable industry in France long before the modern era. Specimens from Early Roman sites in the study were most closely related to Eastern European and Iberian varieties. Those from Later Roman and Medieval sites, however, were genetically closest to Western European varieties.

The shift suggests that varieties may have fallen in and out of favor over time. It also hints that ancient vintners may have cultivated a wider range of varieties, over a wider geographical area, than France’s modern wine industry.