An Imposing Egyptian Queen, Survived Only By Her Knees 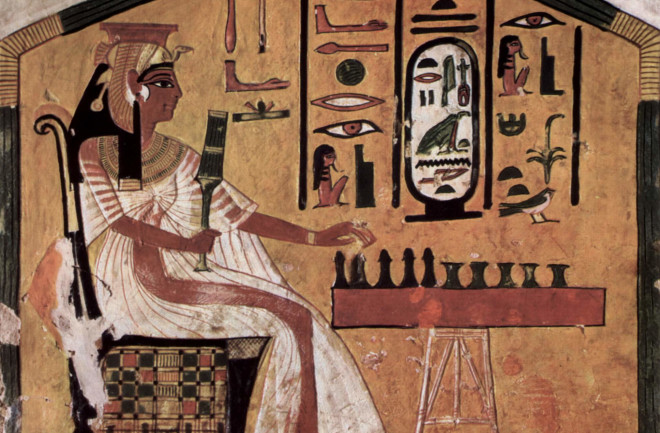 An image of Nefertari, taken from inside her tomb. (Credit: The Yorck Project/Wikimedia) After years of speculation, researchers have proven that a pair of mummified knees found in Egypt's Valley of the Queens once belonged to Queen Nefertari, wife of Ramses the Great. The partial legs are all that remain of the legendarily beautiful Nefertari, who was buried in a lavish tomb during Egypt's 19th Dynasty, around the 13th century B.C. At some point after her death, robbers ransacked the tomb.

Everything But The Knees

It was likely during this raid that her body was dismembered, probably to get at amulets and jewelry she was wearing. The robbers also smashed her sarcophagus and made off with most of the grave goods, leaving only some funerary statues and scattered items — and, of course, her famous knees. What happened to the rest of her body remains a mystery. The knees are enough, however, to convince researchers that they belong to the Egyptian queen. They published their work Wednesday in the journal PLOS One.

All that remains of Nefertari. (Credit: Habicht et. al) In life, Nefertari was a powerful member of the royal family, at a time near Egypt's peak. Evidence of correspondence with foreign royals indicates that she had a hand in guiding the country. Her husband seems to have held her in extremely high esteem, says Joann Fletcher, an egyptologist at the University of York and an author of the paper. "She was the female half of this royal double act at a time when Egypt was still a relatively great power in the ancient world," she says. Nefertari’s extravagant tomb, found in 1904, is one of the most highly decorated ever discovered. After she died, her body underwent an elaborate mummification process that involved removing her organs, drying her body with natron salt and wrapping her in many layers of dressing intended to preserve her physical appearance. Those efforts would be largely wasted, but the tissue from the partial leg remains provided enough evidence for Fletcher and her co-authors to fill in some gaps in our knowledge of the queen.

A pair of sandals found in Nefertari's tomb. (Credit: Habicht et. al) The team used X-ray scans, radiocarbon dating, a chemical analysis of residues in her wrappings and contextual clues from her burial to build a strong case for the knees belonging to Nefertari. While the researchers also extracted DNA from the tissue, they found it was too degraded to analyze. The researchers believe, however, that the scans and the way she was buried strongly indicated that the knees belonged to a member of the royal family. Dating also established that the knees are from the period when Nefertari was alive. We'll likely never get a chance to glimpse the face of this ancient, beguiling woman — her knees, poor substitute though they may be, must stand for the rest of her. "This woman, Nefertari, was a great beauty, a famous beauty in her day, and the images of her certainly support that," says Fletcher. "I ... find it sad, and certainly supremely ironic, that we cant actually compare that to her physical remains, because the knees are all we have. It’s the best we’re going to get."