An Important Group of European Hunter-Gatherers Taught Themselves To Farm 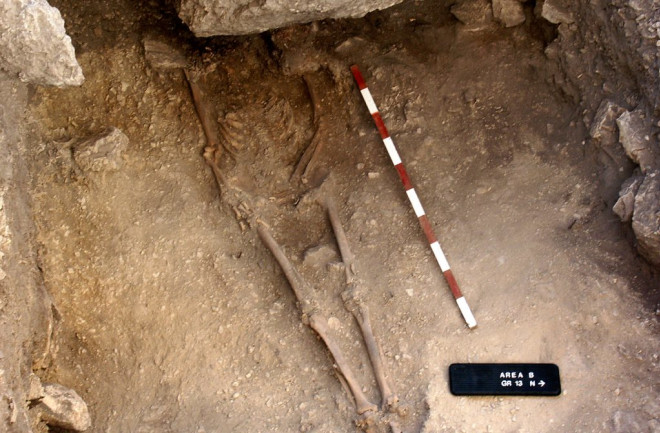 Some 12,000 years ago, the land was exceptionally fertile curving up from the Nile River basin across Jordan, Syria, and Iraq, down into the Tigris River Valley. The area’s earliest settlers grew wheat, barely and lentils. Some kept pigs and sheep. Farming soon replaced hunting and foraging as a way of life there. The region became known as the Fertile Crescent, the birthplace of agriculture.

Now researchers have found that the first farmers in Anatolia were actually local hunter-gatherers. The discovery means the earliest Anatolian pastoralists took up agriculture on their own. The lifestyle was not introduced to the region.

“Unlike in Europe where agriculture was introduced by migration and by people coming to Europe, in Anatolia the emergence of agriculture …happened from within the population,”said Johannes Krause, an archaeogeneticist at the Max Planck Institute for Human History in Jena, Germany, who led the new research, in a media statement.

To find out how agriculture came to Anatolia, Krause’s team looked to the genetic record. The researchers analyzed DNA extracted from the remains of eight prehistoric humans, including a 15,000-year-old Anatolian hunter-gatherer who was excavated from a site in what is now central Turkey.

A handful of the other individuals the team studied were early Anatolian farmers who lived about 10,000 years ago. Two others, from archaeological sites in Israel and Jordan, date to about 9,000 years ago. Together, the genomes of these eight ancient humans provide a genetic account that spans the geographic and historical timing of the arrival of farming in the region.

The investigation revealed the early Anatolian farmers draw a large part of their ancestry from the Anatolian hunter-gatherer, the researchers report today in Nature Communications.

“What we see is that for over 7,000 years, there were no major genetic changes in the region,”  Michal Feldman, an anthropologist who authored the new research with Krause, said in a press briefing.

The finding helps to answer a long-standing question as to whether immigrants from earlier farming areas mixed with local European hunter-gatherers to bring agriculture to the region. Krause and team’s findings suggest Anatolia was not a waypoint for farmers moving from the Fertile Crescent into Europe. Instead, the results add to archaeological evidence that Anatolian hunter-gatherers adopted ideas, plants and technology that led to farming, the researchers write.

The discovery means, “there was not a new population that moved into Anatolia, introducing agriculture,” Krause said. “It was a cultural change, not a biological change,” as was the case when agriculture came to central Europe.

“It was actually the hunter-gatherers of Anatolia that took on a farming way of life,” Feldman added.

For Feldman, the big question that remains is why early Anatolians began farming originally “What motivated people in these regions including central Anatolia to make this dramatic transition in their way of life?” she asked.