Evidence of these Ice Age carnivores is extremely rare in the eastern U.S., but drought has revealed fossils of the American lion in the Mississippi. 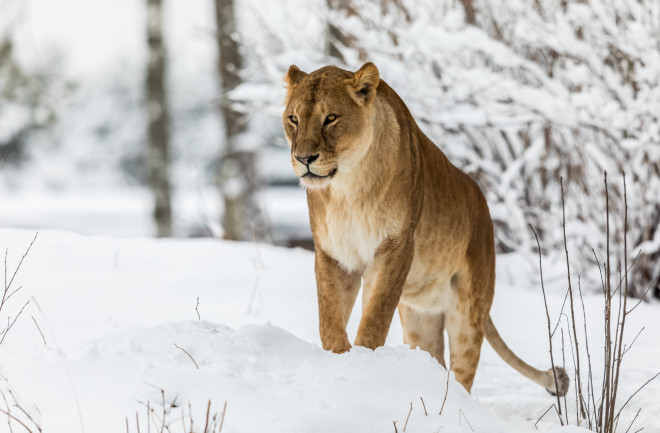 Thanks to a lack of rainfall in the Ohio and Upper Mississippi River Valleys this year, the Mississippi River reached a historic low in October. That has meant more threats to drinking water, slowed shipping traffic during its busiest season, and … a treasure trove of archaeological and paleontological finds?

A Civil War-era cartridge box plate turned up near Memphis; farther downriver, in Baton Rouge, the remains of a century-old ferry made an eye-catching appearance. But perhaps the most exciting discovery was made near Rosedale, a small town about 140 miles northwest of Jackson, Mississippi.

While exploring a newly exposed sandbar in the area on Oct. 29, Wiley Prewitt caught a rare glimpse of black teeth amid the gravelly sediment. “I knew immediately just by the shape of the teeth that it was a carnivore fossil,” he told CNN.

Three days later, he brought it to experts at the Mississippi Fossil and Artifact Symposium & Exhibition. There, George Phillips, a curator of paleontology at the Mississippi Museum of Natural Science, easily identified the latest find by the gap between its canine and premolars.

His verdict? Prewitt had stumbled across the partial jaw bone of an American lion (Panthera atrox), the largest extinct cat to live in North America during the last Ice Age. “We all know about those, but you never dream that you’re going to find one,” Prewitt said. “I just couldn’t believe it. It was hitting the fossil lottery.”

The American lion first appeared on the continent at least 340,000 years ago and has been extinct for roughly 10,000 years. The hulking carnivores actually belong to the same species as modern-day African lions. But while the two subspecies likely share a similar appearance, the prehistoric P. atrox were roughly 25 percent larger, according to the National Park Service.

Read more: Everything to Know About Saber-Toothed Cats and their Extinction

On average, P. atrox stood 4 feet tall at the shoulders and grew 5 to 8 feet in length. Though a few exceptional examples may have weighed more than 1,000 pounds, most likely clocked in between 500 and 800 pounds. American lions also had long legs that would have allowed them to sprint up to 30 miles per hour — a useful advantage when it came time to hunt other Pleistocene animals, such as horses, deer and camels.

Coincidentally, the first ever American lion fossil was also found in Mississippi, in 1836, though paleontologists didn’t identify it as a newly discovered species until nearly two decades later. Since then, P. atrox fossils have popped up from Canada to Mexico, including whole skeletons at southern California’s La Brea tar pits. Unfortunately, specimens from the eastern U.S. are notably rare.

Prewitt’s find this past October marked only the fourth such fossil to be found in Mississippi. And yet, just one week afterward, a local wildlife officer discovered another American lion bone in the same river — this time, a femur! Both newly found fossils will be given to the Mississippi Museum of Natural Science in Jackson, according to CNN, potentially helping researchers identify an eastern American lion population that was distinct from its western counterparts.

And as the U.S. gears up for what will likely be a third straight year of La Niña, meteorologists predict that another dry winter in the Mississippi River Valley will exacerbate its current drought conditions. Whether that will bring even more American lion fossils to the surface, of course, remains to be seen.