It's the oldest mammalian red blood cells ever found. 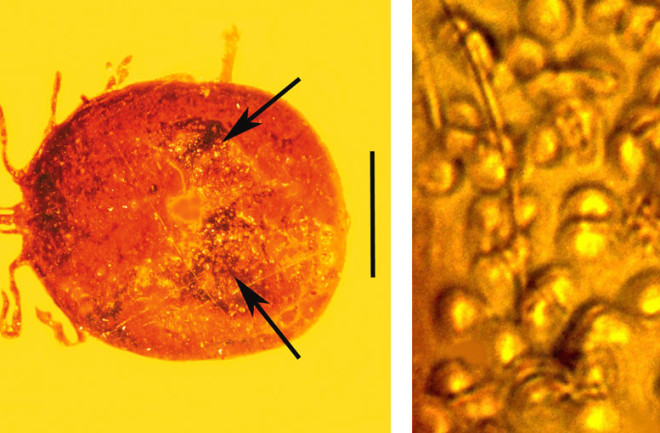 To the right is a close-up of fossilized blood cells. | George Poinar Jr./Oregon State University

An amber-trapped tick found in the Dominican Republic contains the oldest mammalian red blood cells ever discovered. According to a study in the Journal of Medical Entomology in March, a grooming primate likely punctured the tick’s shell — releasing blood and betraying its presence to scientists millions of years later — and then flicked the critter into tree sap, where it was preserved for some 15 million to 45 million years. The cells contain a parasite related to a modern species commonly carried by ticks, shedding light on the entwined history of our ancestors and the organisms that preyed on them.