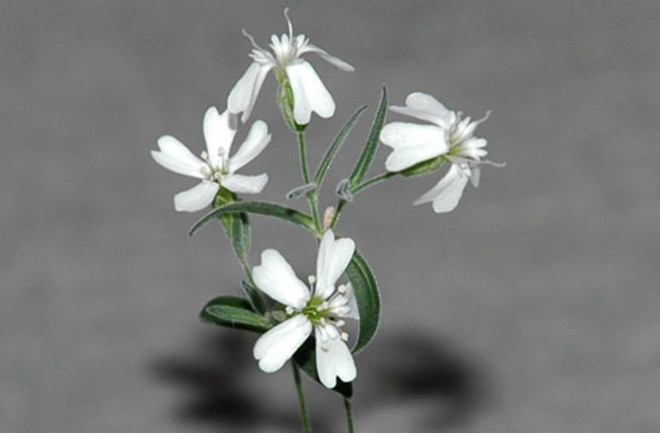 This campion plant grew from a 32,000-year-old fruit. | AP/Institute of Biophysics of the Russian Academy of Sciences

Deep in the frozen tundra of northeastern Siberia, a squirrel buried fruits some 32,000 years ago from a plant that bore white flowers. This winter a team of Russian scientists announced that they had unearthed the fruit and brought tissue from it back to life. The fruits are about 30,000 years older than the Israeli date palm seed that previously held the record as the oldest tissue to give life to healthy plants.

The researchers were studying ancient soil composition in an exposed Siberian riverbank in 1995 when they discovered the first of 70 fossilized Ice Age squirrel burrows, some of which stored up to 800,000 seeds and fruits. Permafrost had preserved tissue from one species—a narrow-leafed campion plant—exceptionally well, so researchers at the Russian Academy of Sciences recently decided to culture the cells to see if they would grow. Team leader Svetlana Yashina re-created Siberian conditions in the lab and watched as the refrigerated tissue sprouted buds that developed into 36 flowering plants within weeks.

This summer Yashina’s team plans to revisit the tundra to search for even older burrows and seeds.