A Revised Tree of Life

Bacteria branch out on this updated phylogenetic diagram. 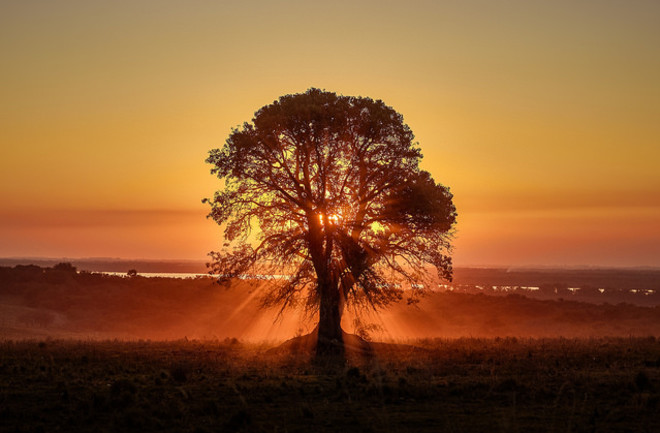 Jillian Banfield never meant to reinvent the tree of life. But after two decades of studying microbial communities, the University of California, Berkeley, geomicrobiologist realized that previous iterations of the tree, which shows how organisms are genetically related, neglected vast swaths of life’s diversity. Half the world’s bacteria were missing, because they can’t be cultured in the lab. “They depend on other organisms for many basic requirements,” Banfield says. (She and her colleagues have identified them only by piecing together fragments of their DNA brought in from the wild.) Informed by more than 1,000 newly sequenced types of microbe, Banfield’s new tree reveals the diversity and long lineage of bacteria, which, along with eukaryotes and archaea, represent the three main domains of life. It also reveals how tightly interconnected many organisms are.

The genetic tree of life is divided into three domains: Bacteria, Archaea and Eukaryotes. Bacteria and Archaea, while genetically distinct, are both Prokaryotes, single-celled organisms lacking a membrane-bound nucleus. Eukaryotes include plants and animals and have more complex cells with a nucleus and other organelles enclosed in a membrane.

Lokiarchaeota: Recently discovered on the floor of the Arctic Ocean; shows an unprecedented degree of genetic overlap with eukaryotes; may therefore be a descendent of our common ancestor with simple microorganisms.

Candidate Phyla Radiation (CPR): Branch of bacteria announced only in 2015; represents about half of the domain’s diversity — and a third of the diversity of life on Earth.

Saccharibacteria: Only CPR member that has been successfully grown in isolation in a lab.

Actinomyces odontolyticus: Found in the human mouth; hosts a parasitic CPR bacterium, TM7x, that has such a small genome it cannot synthesize amino acids on its own.

Leptospirillum: Bacterium found in acidic mine drainage; provides a habitat for other organisms that can only survive the harsh environment in its biofilm.

Woesebacteria: Named after Carl Woese, who, based on his earlier work, created the first modern tree of life in 1990 by separating life into the three domains.

[This article originally appeared in print as "Tree of Life."]