A Parasite In Cat Poo Could Push People To Take Risks 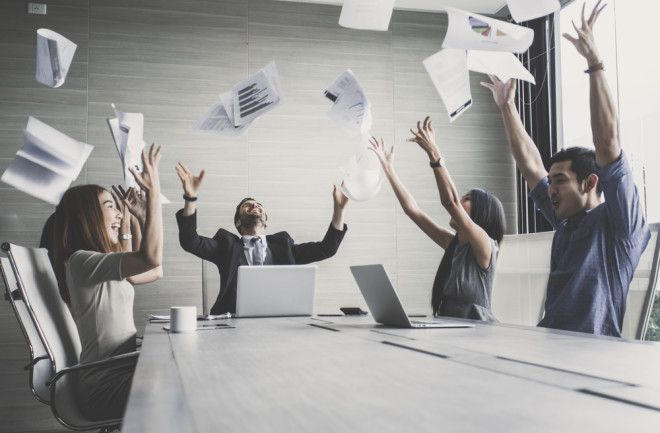 A mind-altering parasite that can make rats suicidally attracted to cat pee may also make people more likely to start a new business, according to new findings. The scientists say that their results reveal how parasites could help shape the global economy.

The parasite Toxoplasma gondii infects more than 2 billion people — that is, more than a quarter of the world population. The protozoans can live in many warm-blooded creatures, where they reproduce asexually, but they ultimately want to end up in cats, where they reproduce sexually. Once they breed in cats, their eggs are shed into cat poop, where they can disperse to soil, water or anything else contaminated with the excrement.

And the germ seems to especially like infesting the brain, where it can have uncanny effects on behavior. For example, rats usually have an innate fear of cat urine, a phobia that extends to rodents that have never seen a feline and those generations removed from ever meeting a cat. However, after they get infected with T. gondii, rats love cat pee, increasing the chance they will end up as cat food.

The parasite may influence the human brain as well. Previous research has linked T. gondii with a greater risk of neuroticism, drug abuse, schizophrenia, brain cancer and suicide.

The fact that T. gondii can lead rats to pursue risky behavior led the researchers to see if the germ might have similar effects on people — specifically, on business.

“We all walk around presuming we’re in charge of our behavior, but Toxoplasma is one example of how things unbeknownst to us are affecting our behavior,” said study lead author Stefanie Johnson, an industrial organizational psychologist and business professor at the University of Colorado Boulder. “Another example is the human microbiome, and how things like depression can be influenced by your gut bacteria. It’s just wild — I can’t stop thinking about how we think we’re in charge, but it might just be that my kombucha is changing my behavior.”

The idea for this research came in 2006, the first year of marriage for Stefanie Johnson and her husband Pieter Johnson, a disease ecologist also at the University of Colorado. They had both read a study that suggested T. gondii was linked to neuroticism and discussed it with their students in their respective classes.

“We just had a funny dinner conversation about how this was probably the only thing we could collaborate on, given how business is so far from biology, and so that led to investigating what the impact Toxoplasma might have on business,” Stefanie Johnson recalled.

The researchers first tested the saliva of nearly 1,500 students to see if they were infected with T. gondii. They found that students who tested positive for the parasite were 1.4 times more likely to major in business and 1.7 times more likely to have an emphasis on management and entrepreneurship compared to other business-related emphases.

The scientists next saliva-tested nearly 200 professionals attending entrepreneurship events. They discovered that those who tested positive for the protozoan were 1.8 times more likely to have started their own business than other attendees.

The scientists found infection with the parasite appeared consistently linked with entrepreneurship. Moreover, nations with higher infection rates also had a lower percentage of survey respondents citing “fear of failure” as preventing them from starting new business ventures.

Future research should examine whether the increase in entrepreneurial attitudes this parasite apparently fosters is actually linked with entrepreneurial success, Stefanie Johnson said. “These people may start a company, but we don’t know if they went under,” she said. “Toxoplasma can reduce fear of failure, but maybe people should be afraid to fail if their idea is horrible.”

Economists often assume that people behave rationally to optimize the outcomes of their behavior, however, these new findings underscore the potential effects that hidden factors might have on human behavior. “A lot of our theories are based on this idea that people choose to be entrepreneurs based on a variety of factors, some personality-driven, but no one has thought it was parasite-driven,” Stefanie Johnson said.

The Johnsons and their colleagues detailed their findings online July 25 in the Proceedings of the Royal Society B.