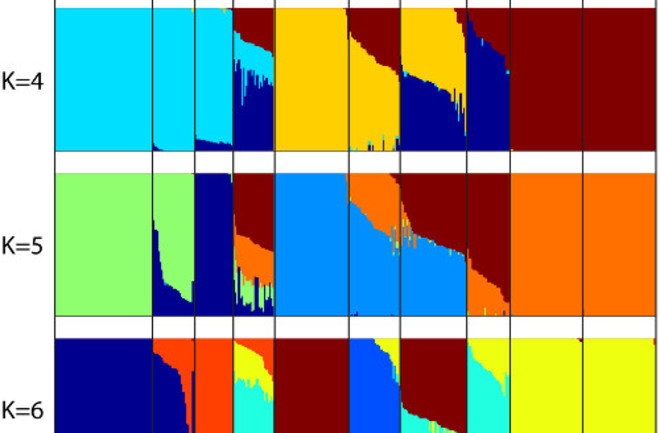 Citation: Xing J, Wuren T, Simonson TS, Watkins WS, Witherspoon DJ, et al. (2013) Genomic Analysis of Natural Selection and Phenotypic Variation in High-Altitude Mongolians. PLoS Genet 9(7): e1003634. doi:10.1371/journal.pgen.1003634 Well, not quite. You have to read the paper, Genomic Analysis of Natural Selection and Phenotypic Variation in High-Altitude Mongolians, to see why I'm skeptical. Frankly it doesn't seem like they found too much of note in their results, so I'm kind of confused why this paper got into PLOS GENETICS (and to give due credit, this group has published very interesting work in the past which I have smiled upon). So why am I even posting about this paper? Because I was pretty sure they'd release their data, and they have (just page down to the bottom). All researchers who take the trouble to do this should be praised, highlighted, and respected. This improves science. After the AHA fiasco I'm going to redouble the effort to put the spotlight on those who release their data. Addendum: It must be noted that a "Mongolian" identity is very much an outcome of Genghis Khan's rise and paramountcy. The Mongols were just one of numerous tribes across what is today Mongolia. With the rise of the Mongol Empire many populations, including Turkic populations who were not part of a dialect continuum in close proximity to the Mongols, were assimilated into that ethnic identity with a few generations. The "Zulu" identity is similar, as it is a function of the rise to prominence of Shaka's particular clan.