A Master Switch in the Body

The addition of a little acetyl group to proteins seems to have a huge effect on many processes in the body. 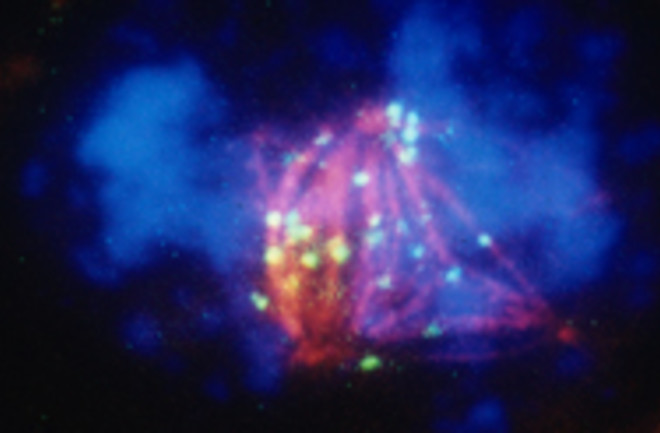 Acetylation—the addition of a small clump of atoms called an acetyl group—may be the most important body process you have never heard of: It activates and deactivates proteins, thereby regulating access to our DNA and helping control gene expression. The latest research suggests that this protein tagging is even more influential than scientists had previously believed. If so, learning to manipulate it could yield powerful new approaches to treating disease.

In one study, biochemist Kun-Liang Guan of the University of California at San Diego and colleagues examined proteins in human liver tissue. They found that more than a thousand of the proteins, including virtually every enzyme associated with metabolism, were acetylated. The discovery implies that acetylation helps regulate how the body gets its energy. Metabolic problems contribute to conditions such as diabetes, cancer, and obesity. “We hope that by using acetylation, we can prevent and cure disease,” Guan says.

Meanwhile, biochemist Chunaram Choudhary of the University of Copenhagen looked at human cancer cells and identified 1,750 acetylated proteins, 240 of which also turned up in Guan’s results. Choudhary says that deliberately turning proteins on or off through acetylation may be a simple and efficient approach that offers “a good chance of treating some of the worst human diseases.”