A Leg Up on Arachnid Evolution

Insights into the sequential order of spider evolution. 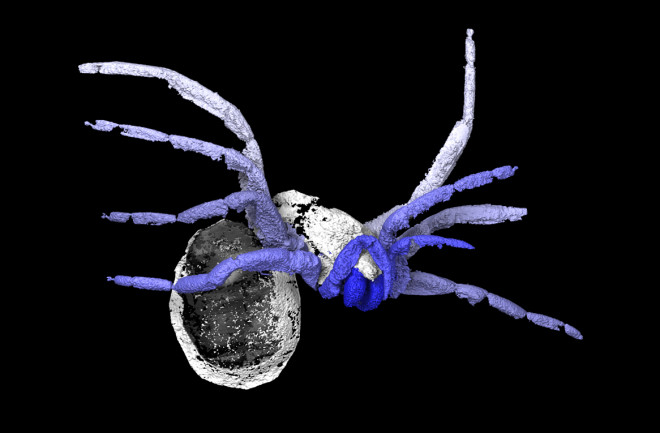 This itsy-bitsy fossil, Idmonarachne brasieri — less than half an inch long — is the closest relative to the first true spiders ever found. The roughly 305 million-year-old fossil was preserved in 3-D inside a lump of siderite, a mineral. That allowed University of Manchester paleontologist Russell Garwood, part of the team that published the findings in March, to digitally reconstruct the fossil in fine detail. “It tells us the order in which things evolved in spiders,” says Garwood. “The front half evolved first; the limbs and mouthparts are very close to true spiders. But the back half is still rather primitive.”