Watch a tiny world in motion through the lens of the winners of the 2021 Nikon Small World in Motion Competition. 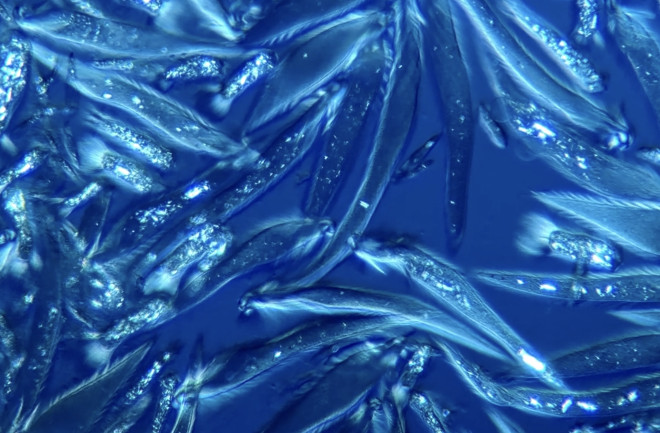 A whole world that we never see exists under the lens of a microscope. For the past 11 years, talented individuals have captured microscopic life on film for the Nikon Small World in Motion Photomicrography Competition. The winning entries brought a tiny world into sharp focus by capturing video footage or digital time-lapse photography, with the help of a microscope. The entries were then judged by a panel of experts in the photomicrography and photography field.

This international competition has continued to creatively combine science and technology since 1975. In 2011, Nikon added a video category to its photomicrography competition, titled Small World in Motion. Since then, the top five movies that cleverly showcase the small world under the lens have been awarded first through fifth place each year.

Here are the top five winning entries of 2021 that captured a tiny world in motion:

#1. Microfauna in a Termite Tummy

Fabian J. Weston, from Pennant Hills, New South Wales, Australia took home the first-place prize for capturing microscopic animals known as microfauna in a termite’s belly. In his video displayed at 10x, 20x and 40x magnification, you can see that these tiny creatures play a major role in contributing to termite nutrition. They help by digesting cellulose, a termite’s main form of food.

#2. A Human Micro-Tumor Forms and Spreads

In this 10-day time lapse that shows an engineered microtumor forming and metastasizing, molecular biologists Stephanie Hachey and Christopher Hughes from the University of California created a specialized environment in their lab that was controlled for CO2 and humidity. The scientists used confocal and fluroescence imaging in their work, a technique that allowed them to clearly illuminate a biological process that is seldom seen. Here, at 10x magnification, blood vessels (in red) are supporting the growing tumor (in blue).

Witness several tiny water fleas (Daphnia pulex) swimming away just seconds after their mother gives birth to them. Andrei Savitsky from Cherkassy, Ukraine captured this amazing video, magnified at 4x. A technique called darkfield microscopy lluminated these minuscule aquatic creatures and made them visible in their natural habitat.

#4. Nerve Fibers in Motion After Crossing the Midline of the Central Nervous System

Dive deep into the central nervous system and watch commissural axons (nerve fibers) in motion as they cross the midline, the nervous system's organizational center. Alexandre Dumoulin from the University of Zurich used confocal imaging at 40x magnification to highlight these nerve fibers that convey information and connect the two sides of bilateral animals.