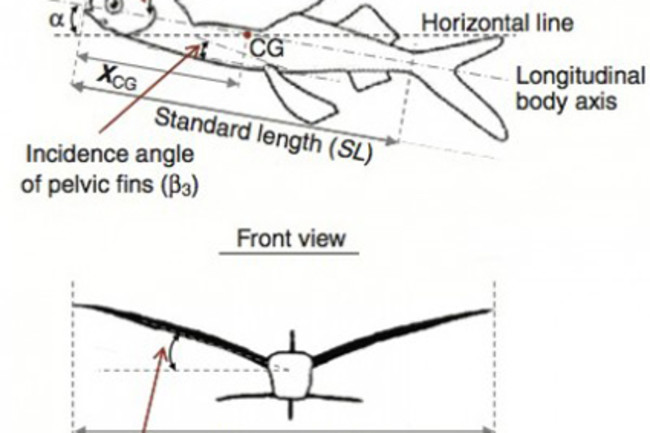 Science: It's best with stuffed fish and a wind tunnel. When flying fish leap from the water and glide through the air, they appear as streamlined as any bird or insect. But how does one put that assumption to the test? Easy: Catch flying fish from the Sea of Japan (or East Sea, as South Korea calls it), kill them, stuff them, place them in a wind tunnel, and turn on the breeze. Hyungmin Park and Haecheon Choi did just that. Their study of airflow around the fish, which is out in The Journal of Experimental Biology, concludes that flying fish glide as efficiently as some birds, and perhaps even more so than some flying insects.

First, Choi and Park confirmed that the angles that achieved the greatest lift in the wind tunnel were the same steep angles at which flying fish emerge from the water in the wild. Second, the researchers found that when the fish glided exactly parallel to the water—as observed in nature—they maximized their lift–to–drag ratio, ensuring they stayed airborne for as long as possible. Third, Choi and Park observed that the biplane arrangement of pectoral and pelvic fins helped stabilize the fish in flight, preventing them from pitching up or down. [Scientific American]

is a complicated operation: Angle of takeoff matters, as does elevation.

At their precise angle of exit from the water, the fish achieve their greatest lift. The fin arrangement pushes air down the fishes’ bodies towards their tails, like a jet. And when the fish are just above the water’s surface, they benefit from a ground effect, in which air pressure underneath their fins creates lift. [Wired.com]

that the question of why flying fish bother to "fly" is an open one. Clearly the ability to glide for half a minute or more is useful for evading water-bound predators, but there is also the thought that floating on the breeze helps the fish save energy. Either way, they can't flap any wings to generate more lift, so it should come as little surprise that their fin configuration is aerodynamically ideal. Related Content: DISCOVER: A Big Flying Fish Eater