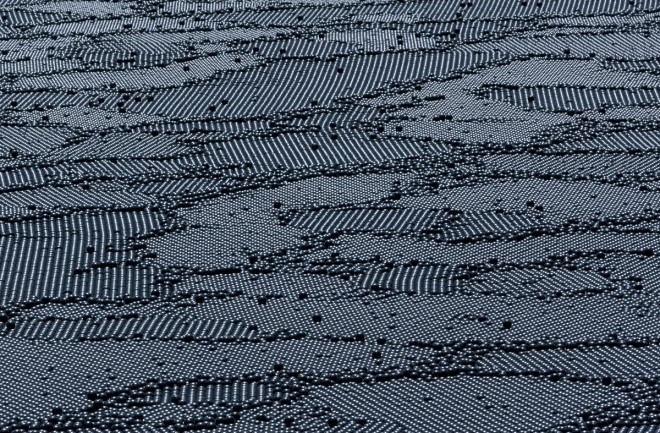 Why? Look to chemistry for the answer: The 96 million balls mimic the behavior of atoms. The 4-inch balls are restricted to a two-dimensional plane, so they tend to organize into efficient hexagonal grids, much like the atoms in crystals. Each grid reflects sunlight slightly differently, and lower water levels result in double stacking, leading to the reservoir’s patchwork look.

[This article originally appeared in print as "Throwing Shade."]