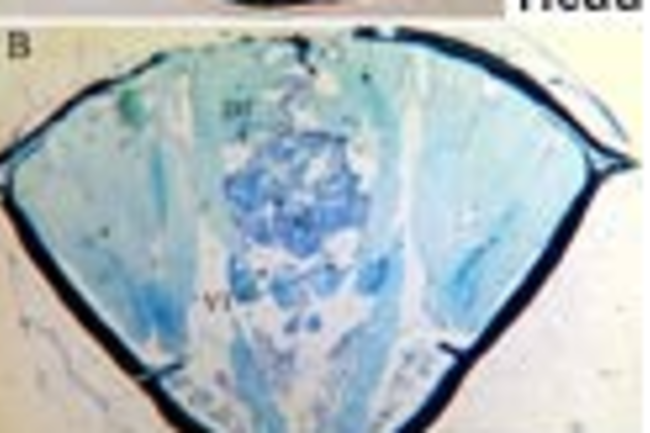 Cross sections of the body of a wood beetle reveal the tracheal tubes (see arrows) through which the insect draws in air. Studies show that these tubes actively expand and contract, just like human lungs. | Mark Westneat

Zoologist Mark Westneat of Chicago's Field Museum of Natural History has discovered that insects have more in common with us than we thought. He and his colleagues placed live beetles, ants, and crickets in a beam of intense X rays to produce internal images of incredible clarity, then cranked up the contrast to study the creatures' anatomy. "We started looking at how insect jaws work, and right below the jaws we saw bright white tubes compressing and expanding and pumping away. I was, like, 'Wow, that's weird. That's got to be new,'" Westneat says.

What he had seen were the tracheae, a network of tubes that distribute oxygen throughout the insect body and carry away carbon dioxide. Previous studies had indicated that the gases move around solely by passive diffusion, entering and exiting bug bodies through holes in their exoskeletons. The X-ray video showed instead that insects actively squeeze their muscles and compress their tubes to exhale, then relax them to inhale. These actions probably facilitate flight, feeding, and running. "It's not surprising that an active pumping mechanism evolved more than once, in insects as well as vertebrates. It's a great example of evolution finding a fairly similar solution to a physical problem," Westneat says.