How the brutal splintering of a primate community echoed human conflict. 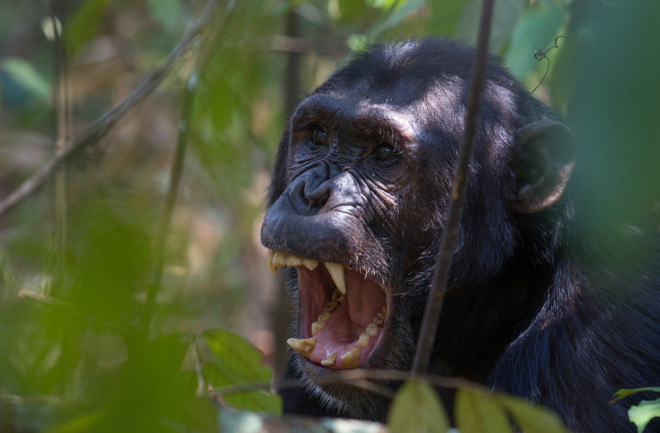 For centuries, it was long accepted that humans were the only creatures complex enough to wage war. Sure, other animals might occasionally scuffle over food, territory and other resources, but true war in the anthropomorphic sense, intact with all its violence, brutality and tribalism, was thought to be a unique component of human nature. Perhaps then, it shouldn’t be surprising that this notion was challenged by our closest living relatives.

Gombe National Park lies on the western edge of Tanzania, bordered by the vast blue expanse of Lake Tanganyika. Famed primatologist Jane Goodall won renown here for her groundbreaking studies of the native chimpanzee population. The park is also home to a tribe of chimpanzees that Goodall named the Kasekela, and for a bloody time in the 1970s, this tribe turned the woodlands, valleys and rainforests of the park into a battlefield during the first-ever documented chimpanzee war.

In 1971 the Kasekela tribe began to splinter, after the death of its former leader. Over a span of eight months, the separatists, which included nine adults and their young, claimed the southern portion of Kasekela territory as their own, and formed their own clan, dubbed the Kahama. A brother duo named Charlie and Hugh would occasionally lead a war party of six males north into enemy territory, an unambiguous display of strength to the Kasekela.

Around the same time, the northerners kept out of the area used by the breakaway group, and a borderline was formed. Two years after the split, tensions escalated further. Males from the two groups would screech at each other and display their strength, before retreating back to their home territory.

Another year passed until first blood was drawn on January 7, 1974, by a war party of six Kasekela males, who ambushed Godi, a southern male, as he was eating fruit from a tree. The northerners approached silently; Godi was not aware of their presence until it was too late. He jumped down and ran, with the Kasekela males on his heels. A chimp grabbed Godi’s legs and threw him to the ground. The other five caught up, then bit, pounded, and stamped on Godi while he was pinned to the ground. After 10 minutes of the whirling tornado of screeching chimps, the northerners left, leaving Godi on the forest floor to die from his injuries.

Over the next four years, more of the Kahama males were picked off in a similar manner. The second victim was beaten to death for 20 minutes by three males. Next was old Goliath, a high ranking male back when the two chimp groups were united. Five Kasekela males, his former friends, turned on him. After the attack, his murderers repeatedly drummed on tree trunks, hurled rocks, and threw branches while calling out, as if in triumph. Goliath died from his wounds the next day.

Only Sniff, the sole survivor out of the six original males, now remained. For a while it seemed as if he might manage to survive in spite of all odds, but his good fortune would not hold out. He was murdered like the others, and after four years and plenty of bloodshed, the war ended in 1978. The Kasekela had won, and expanded their range into what was previously Kahama territory.

There’s an old, well known theory in psychology called the contact hypothesis. It holds that contact between two groups, ideally under equal status, promotes tolerance and acceptance. While this model was developed specifically to study human behavior, it also applies here. Once the two groups separated and ceased contact, hostility between them intensified, and any hopes of peace flew out the window. This “us” vs “them” outlook is also mirrored in human behavior. While the Gombe Chimpanzee War isn’t exactly identical to human war, it is strikingly similar in brutality and allegiance to a tribe.

“For so many years I had believed that chimpanzees, while showing uncanny similarity to humans in many ways, were, by and large, rather ‘nicer’ than us. Suddenly I found that under certain circumstances they could be just as brutal”, explained Goodall, “...they also had a dark side to their nature.”

Since the war in Gombe, more documented large-scale conflicts between chimpanzee groups have been observed in Tanzania and Uganda.