In the beginning there was RNA. RNA begat DNA, and DNA begat lipids, carbohydrates, and proteins: That's Genesis according to the “RNA world” hypothesis. 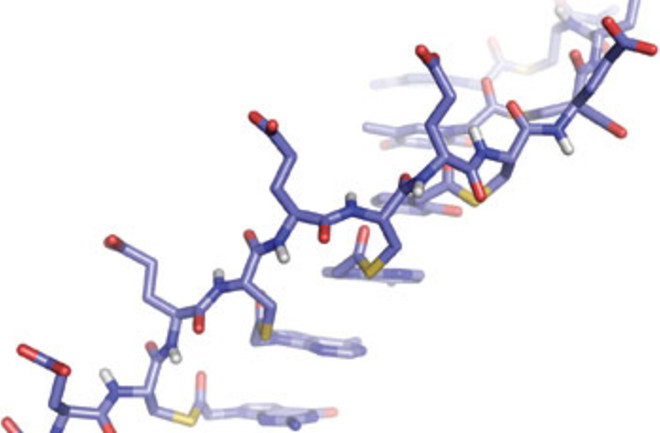 In the beginning there was RNA. RNA begat DNA, and DNA begat lipids, carbohydrates, and proteins: That is Genesis according to the “RNA world” hypoth­esis, a leading but still sketchy picture of how life began. In June, chemist Reza Ghadiri of the Scripps Research Institute started filling in details.

Ghadiri posited the existence of a helper molecule: a kind of prebiotic template that might have enabled RNA to spawn more complex organic compounds. Then he actually constructed a version of the molecule in his lab. Called tPNA (thioester peptide nucleic acid), it comprises the same four base pairs as DNA. The amazing thing about tPNA is that it adapts, chameleon-like, as it interacts with other molecules. When Ghadiri poured tPNA molecules into a soup of DNA bits, the tPNA base pairs reshuffled until they matched the sequence of a DNA strand. When he mixed tPNA with a single strand of RNA, it conformed to RNA’s structure. And when he let tPNA mingle with its own kind, the molecules danced until their structures became stable. In short, Ghadiri says, it “exhibits the most basic properties needed for evolution.”

The next challenge for Ghadiri is to show that tPNA can self-replicate, crucial for a DNA precursor. If so, RNA world—and the whole field of biogenesis—will look a lot more credible.