#94: Seaweed Creates Its Own Sunscreen

The soggy brown kelp protects itself with iodides. 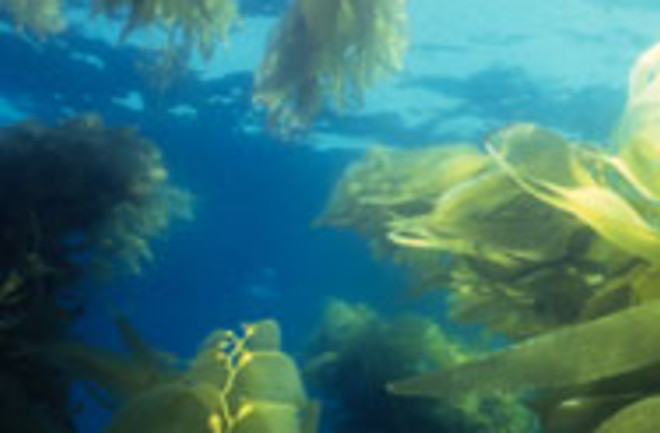 A hot day on the west coast of Scotland smells like a swimming pool. The odor is iodine, however, not the chemically similar chlorine. Though iodine’s use as a sanitizer of wounds and a purifier of water has long been known, why soggy brown seaweed would make it wasn’t understood. In May atmospheric scientists at the Scottish Association for Marine Science and other institutions finally figured out why the chemical is present.

When the kelp is stressed at low tide by exposure to light and atmospheric ozone, it releases iodides—single, negatively charged ions—that coat the seaweed and protect it from chemical threats, such as naturally forming hydrogen peroxide and free radicals. The iodides also form iodine in the atmosphere. This response may be the most chemically simple—and first inorganic (not carbon based)—antioxidant ever found.

The protection extends beyond the kelp. Previously it was shown that iodine released from kelp provides the nuclei for cloud condensation, or particles upon which clouds can form. Algae may help reduce ozone accumulation and maintain the integrity of the atmosphere.