Two colonies of butterflies flapped their wings in northern England and the resulting debate was felt around the world. 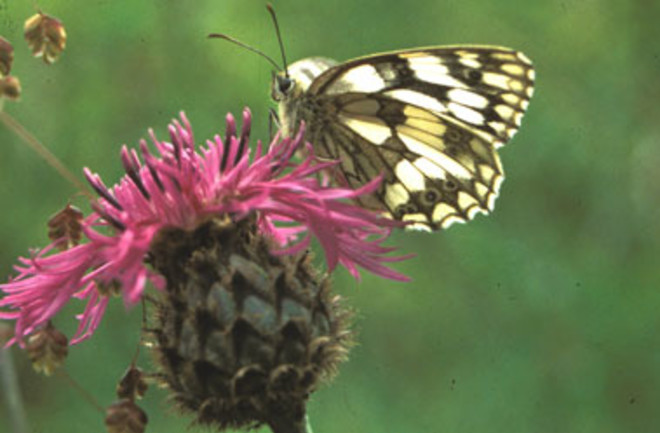 In February a group led by biologist Stephen G. Willis of Durham University in the U.K. reported that they had introduced two butterfly species—known as the marbled white (shown here) and the small skipper—into new habitats about 40 miles and 22 miles, respectively, from their homes. The move was a success, Willis’s six-year study showed. The transplanted species increased their populations at the same rate as they would have in their current territory, proving that the team’s models accurately predicted habitats suitable for the insects. Willis says that he undertook the experiment because temperature increases are outpacing the butterflies’ ability to compensate by spreading northward.

Months earlier, marine biologist Ove Hoegh-Guldberg and colleagues, writing in the journal Science, proposed a broader program of relocating organisms that are facing extinction due to climate change. Dismayed scientists raised the alarm, pointing to the devastating effects of species introductions such as the invasive kudzu vine. But Willis notes that he chose two thoroughly studied species that were unlikely to become invasive. “It would not have been good for our careers if we introduced the next cane toad,” he says. That unpopular creature was brought to Australia to control agricultural pests and quickly became a notorious pest itself.