These primitive pests were far more formidable than those bothering pets today. 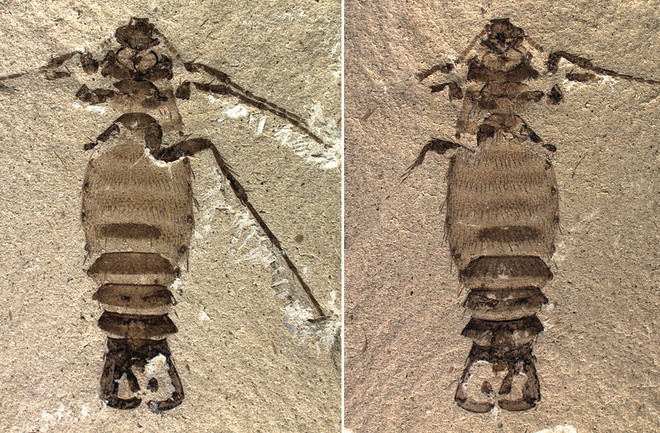 One day paleontologist Michael S. Engel of the University of Kansas Natural History Museum received an image from Chinese colleagues that looked like nothing he had seen before: a fossil flea of truly staggering proportions. Working together, Engel and his collaborators eventually confirmed this initial impression and later found eight other specimens dating from 165 million to 125 million years ago—the earliest fleas in the fossil record.

Until these jumbo insects were identified, the oldest known fleas were 45 million years old and looked similar to their modern counterparts. Engel’s paleo-pests were both more primitive and more formidable.

“They aren’t the tiny things you flick off your dog or cat,” he says. “These are giant critters; some are almost an inch long.” The ancient fleas were equipped with serrated mouthparts to puncture thick hides and probably evolved to feed on feathered dinosaurs, early mammals, or both. The parasites continue to torment dinosaurs’ latter-day descendants, the birds.