#87: Mockingbirds Know Who You Are... And They Hold a Grudge

The birds learned to identify an aggressive researcher and ignore the others—and eventually they dive-bombed the malefactor. 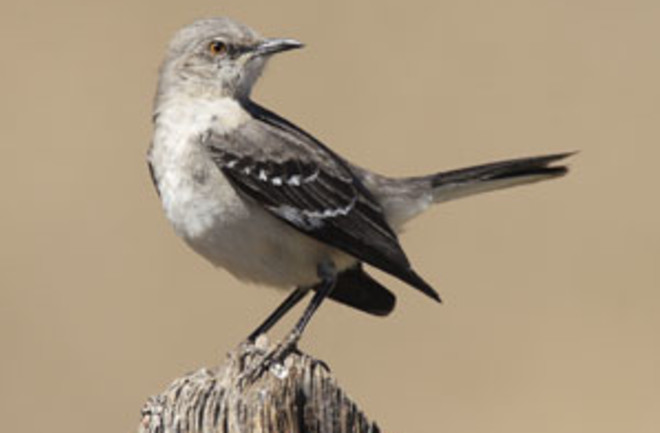 Doug Levey, a biologist at the University of Florida, found that the birds could easily pick out a threatening person from a crowd.

Levey sent students, called “intruders” in the paper he published last May in the journal PNAS, to perturb nests of mockingbirds. The intrusion constituted standing by an egg-filled nest for 15 seconds, then touching it for an additional 15 seconds. This aggressive loitering, which was repeated over four days, elicited an increasingly intense response. The mockingbirds ignored the approach of other, nonthreatening students, but every time the intruder student swung by, the birds quickly and sneakily left the nest and eventually dive-bombed the malefactor. “The first time a male mockingbird drew blood on the back of my neck, I was shocked,” says intruder Monique Hiersoux.

Mockingbirds’ strong awareness of their surroundings makes them well suited for living so close to humans, Levey concludes. “We might be walking along on campus and see a mockingbird perched on a branch and think, ‘Oh, that bird is minding its own business,’?” he says. “But what we don’t realize is that we are its business.”