#86: Bowerbirds Use Illusion to Seduce Mates 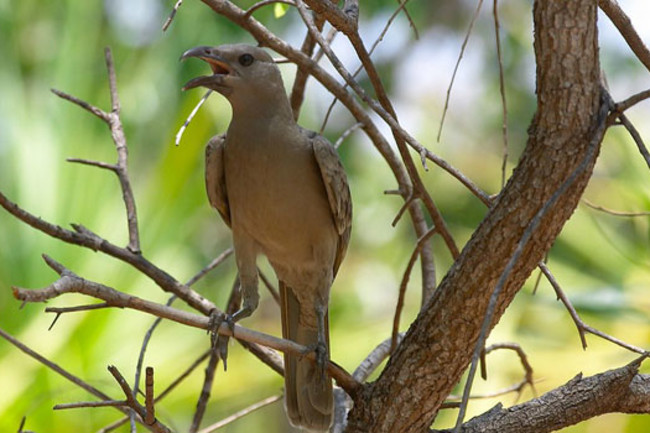 Male bowerbirds, like the males of so many species, lure mates with displays of wealth. The male collects up to 5,000 stones, bones, shells, and man-made objects to build an elaborate court where he awaits potential partners. And also like so many other males, bowerbirds exaggerate what they’ve got.

Last September John Endler, an evolutionary ecologist at Deakin University in Australia, reported that bowerbirds seem to use their trinkets to create a carefully plotted optical illusion. The birds arrange objects by size from largest to smallest along an avenue leading to the court. This may make the court seem smaller—and the male larger—to females looking up the avenue. Using this trick, called forced perspective, males may woo passing females with their deceptively large stature.

When Endler rearranged the objects, the male quickly returned them to their original position. Endler is now making videos of bowerbird flirtations to see if a greater gradient results in increased mating success.