The deformed skull of a 10-year-old child means that there was 10 years of intense support for the child. 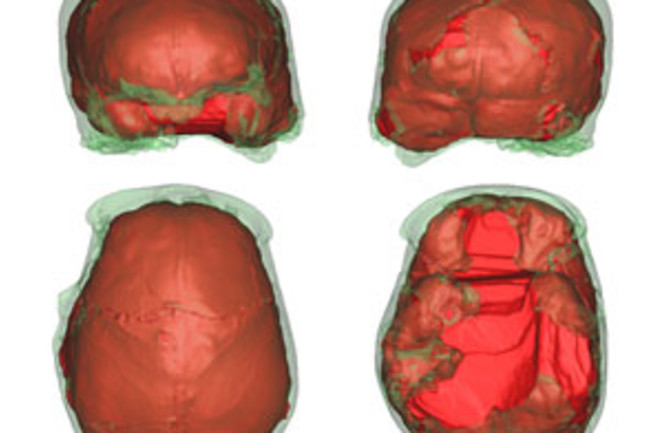 The 530,000-year-old de­-formed skull of a child found in Spain indicates that some early humans must have nurtured and cared for disabled members of their tribe.

This child, estimated to be 10 years old at the time of death, had a debilitating birth defect called craniosynostosis, in which joints in the skull fuse before the brain has finished growing. The disorder increases pressure in the skull, impairing brain development.

“It is amazing that this child was able to survive until 10 years old. This is the most ancient proof of social care of the handicapped,” says Ana Gracia, a paleoanthropologist based in Madrid, who published an analysis of the skull in March in Proceedings of the National Academy of Sciences. Many mammals kill burdensome offspring, she points out.

The child, unearthed in the Atapuerca Mountains of Spain, belonged to the species Homo heidelbergensis and was probably part of a small tribe of hunter-gatherers who migrated in response to food and weather. “Survival would have been difficult even for healthy individuals,” Gracia says. “The incredible part of this story is that the parents must have looked after this child.”

The discovery was made in Sima de Los Huesos—“the Pit of Bones.” Located at the bottom of a 137-foot-deep chimney inside a cave, the pit is littered with remains of ancient animals and also includes about 28 hominid skeletons dating back to the Middle Pleistocene.